Alice Marshall is a proper actor. Amongst many TV roles, she recently appeared as ‘Mary Magdalene’ in The Jesus Mysteries for the National Geographic Channel and as ‘Rain’ in Skins. But comedy is also in her blood. This year she is part of Canal Café Theatre’s long running NewsRevue, appearing at the Edinburgh Festival Fringe.

“NewsRevue is a fast paced topical sketch show, packed with songs, dances and very silly wigs. It consists of four actors, and a super-humanly talented Musical Director on piano. The show runs every week of the year at The Canal Cafe Theatre – its London home, and the Edinburgh show serves as a retrospective of the previous year’s biggest news stories and best material.”

How long have you been involved with NewsRevue and how did you get cast?

“I auditioned for the London summer run back in July 2013, and had the most wonderful six weeks with a cast and director who are all now among my closest friends. It was a very hot summer, so when you’re running around sweating in black shirts trying to get through 50 sketches and songs in as many minutes you get to know each other very well and very quickly! When the run came to an end we decided we just couldn’t live without each other, so three of us plus our director formed a comedy group called The Block, and we now have a residency at The Canal Cafe which is very exciting. I also came back to do the 2013 Christmas NewsRevue run, which was lots of fun but less sweaty – and far more santa-hat heavy.”

You’re an actor, comic and voice over artist. Have I left anything out? Which comes first and why?

“And astronaut obviously. But who isn’t these days?… That’s a tough one! For me they all sort of mesh togther most of the time; the skills you learn doing a purely comedy-based sketch show like NewsRevue come in handy no matter what the job. To make a show like this work you really have to strip yourself bare – sometimes literally – and leave your inhibitions at the door – there’s nothing to hide behind, so when I do take on serious roles that attitude stays with me. For example in my last job I was playing a girl who gets strung up in a chicken slaughter-house – far from hilarious, but my background in comedy really helped me to throw caution to the wind and just go for it. As a wise man working on NewsRevue once told me, ‘Don’t think, just do.’”

If you could have any acting or comedy role in television or film, what would it be?

“I’ve always been completely obsessed with Smack The Pony. Those girls really changed the face of comedy for women in this country, and I believe all ladies working in the industry today have a lot to thank them for. Their work is the definition of my sense of humour, so I think to be involved with a show like that would be the icing on the cake for me. “

Who are your favourite actors and comedians and who inspires you?

“My comic heroes have been the same since I was tiny, and I’m sure I’ll take my verging-on-creepy obsessions to the grave with me. Number one was always Rik Mayall. There was no one who could make me laugh so genuinely and heartily, and no one whose innate skill and individual style I admired more – a guru of clowning. He made me want to perform, right from the days when I used to steal my older brother’s Bottom Live VHS and sneak down to watch it at night (good parenting Mum and Dad). To lose him at such a young age is a massive tragedy, and I’m deeply saddened by it. Eddie Izzard is my other go-to hero. I think his early shows like Glorious and Dress To Kill are the most masterful examples of stand up there are. His wit and intelligence combined with real warmth and silliness made me feel a huge connection to him. I told him this when I was lucky enough to meet him – he seemed to think I was a bit unhinged, but I reckon he’s used to lunatic fans.” 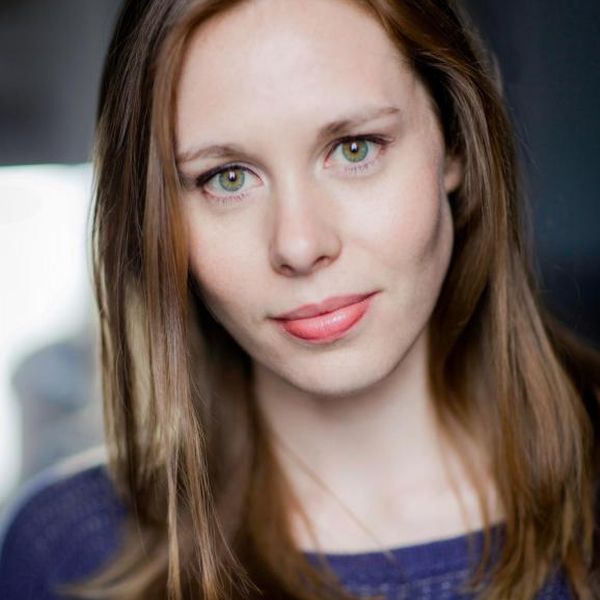