All-American Snack Attack is a compilation comedy show that is also a competition between the hosts, Mark Henely and Ben Miller. Mark and Ben are very naturally competitive, and nothing is too petty for them to argue about. Including, who is better at picking snack foods.

Mark: I used to be a big fat guy. I weighed in a 276 lbs. And even-though I am less fat than I was, I believe I used my time as a fat guy to eat a lot of delicious food. I was, unknowingly, doing years of research for this competition. Ben has never been fat, largely because he could never love any particular bit of food enough to let it ruin his life. Because of this, I think I am at a great advantage.

Ben: Oh, I think I am going to win because Mark does not fundamentally understand flavours. Mark wants his flavours to punch him in the face instead of gently brush his face. That’s not love. Mark does not love his food. He just loves himself.

Mark: For me, a simple man who grew up on the Jersey Shore, I’m excited for the opportunity to see Scotland for the first time and to see everything that the Fringe has to offer.

Ben: I want to do this show to embarrass Mark in front of all of Europe. I want to show Europe that Mark is a fool who doesn’t know what snacking truly is.

Mark: I’m most inspired by Professional Wrestler the Sandman. He was a drunken mess of a man who would run around hitting men with kendo sticks. I don’t know, that just seems like a cool thing to do.

Ben: Muhammed Ali. One of the great African American champions in the ring. He knew what battles to fight and what battles not to fight (Vietnam).

Ben: There seems to be a show where someone is dancing with a tomato the whole time. What’s that all about?

Mark: Ben is doing a stand up Science show. I’ll probably check that out.

What is the Best American soda?

Mark: Nothing compares to Mountain Dew: Code Red. It is lemon, it is lime, it is cherry. It has it all and it gets you fucking amped. 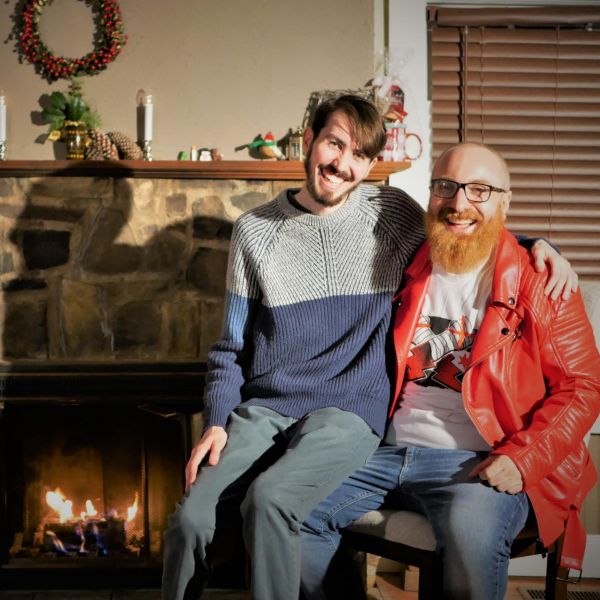