This Edinburgh Festival Fringe, Rick Murtagh will tell you why misanthropy and nihilism are positive, realistic qualities and try and be nice about it.

“The show is called A Rather Pleasant Misanthrope which I consider to be an accurate description of myself. It is essentially just me airing my frustrations and examining things I find too weird in our culture that is just casually accepted. I’ll talk about why my misanthropic nature is actually quite a positive thing and why you need negativity in your life and I am gonna try and be nice about it – will totes provide the megalolz!”

“Laughing Horse have been very good to myself. I have no problems with working with them.”

“I’ve always been a fan of comedy but typically as soon as I saw Bill Hicks and George Carlin I was just blown away and never realised comedy could go that way. I toyed with the idea for two years before finally getting on stage in June 2012 and did OK but my last joke died which for some reason didn’t bother me.”

“Best experience has to be performing in front of 2000 bikers this year in Cheshire. It was very scary, it felt like I was doing a bit in Sons of Anarchy. The crowd were awesome and the promoter offered me a line of coke like it was a bag of crisps – I didn’t do any coke, I had bad hay fever that day.

“Worst experiences have to be dying in front of 100 middle-aged folk and with me last joke being met with silence but one guy disappointingly crying out, ‘Really?!’ after the punchline.

“I’d pick Alfie Brown as he’s one of the more exciting comics we need on the circuit and Don Biswas and Russell Hicks are both fantastic performers and inspirations. Kyle Kinane would be headlining. I would also invite Saskia Howard from Big Brother to be an audience member provided she wouldn’t be allowed any drinks.” 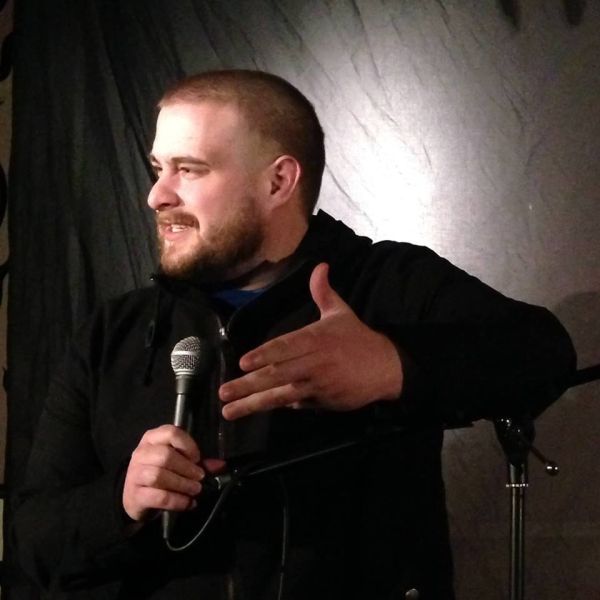