According to the Fringe programme, Abigoliah Schamaun is a world-travelling, fast-talking, confirmed bachelor of a woman. In her new show she opens up to talk about her past and present – and nothing is off limits. Martin Walker talks to the popular American comedian via email.

“It’s basically a show about sex, men, sex and how much I love my parents. I talk about my mother seeing me do stand up for the first time and I talk about shoving a needle through my face then having a young man kiss me. Actually my mom is coming to see the show at the end of Edinburgh; I think she’ll love that story.”

Do you aspire to be a parent?

“Wow, that question came out of left field! Why do you want to know? Do you want to have a kid with me? Listen Broadway Baby, I think we’re better off being friends. No offense, I just don’t see myself with a website. I don’t speak code.”

What was it like growing up in the US? You’re from New York aren’t you?

“I grew up in a small town in Ohio called Greenville. Imagine the movie Footloose, that was my town except Kevin Bacon didn’t show up to save dancing.

The most exciting thing to happen in my town was in my senior year of high school and an episode of To Catch a Predator was filmed in my neighbourhood. (see Wikipedia link below).

I moved to New York when I was 18 for college.”

You appeared at this year’s Brighton Fringe. How did that go?

“It was a lot of fun. I was at the Caroline of Brunwswick, the venue was great, and I got to hang out by the sea in the day. What’s not to love!?”

“Jon Robertson because if I don’t feel like talking he’ll talk for me…and the rest of the panel.

Bec Hill because anyone that positive and uplifting must have a dark side and I want to reveal it on television.

Andrew O’Neil because my stand up show will also have a 40 piece orchestra that plays nothing but show tunes and he’ll love that and Cormac Friel because gays boost ratings.” 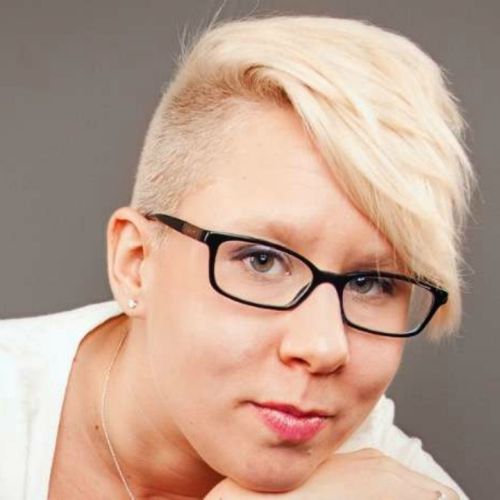