This is my biggest, most baffling and most exciting show so far. It’s what happens when you lock up a magic inventor for 2 years and finally unleash them back into the wild. It is a show that contains my favourite magic along with a ton of new ideas all set against the backdrop of a very strange story – you’ve never seen a magic show like this before…

You reached the final of Britain’s Got Talent in 2019 and have appeared on many other TV shows. Do you prefer touring, where you perform to live crowds, or is working on TV preferable?

Oh, to me there is no comparison. It MUST be live and I’ve actually sculpted my career to ensure that I do as many live shows in theatres as possible – it’s tiring to tour lots but totally worth it. Magic is a live art-form that can only really exist live. On television you don’t know if there might be camera tricks or dishonest editing. In a live environment, I have to use psychology and storytelling to help your brain to make those edits itself. I think that the feeling of astonishment is one that we rarely get in our REAL lives and its very joyful to be in a room full of people experiencing it. It’s exhilarating to sit in a good magic show with other people rekindling their sense of wonder.

You taught Tom Cruise sleight of hand on the set of the new Mission: Impossible movie. Tell me about that.

Like any good mission, I’ve been sworn to secrecy on that for a little while longer but I can tell you that in the very first movie we learn that Tom’s character can do some sleight-of-hand, so that’s a skill we know that he has “up his sleeve”. They called me in to advise on all sorts of arcane knowledge and to coach Tom in sleight-of-hand. I built some fiddly special rigs and all the secret work that nobody ever sees. I thought I would be on the movie for a couple of days but it ended up being months. It was fascinating to be around such hard-working perfectionists and actually an action movie is a lot like a magic show – you line up your stunts and thrills and then weave a narrative through them.

Tell me about, 2 Metre Magic.

During lockdown it became clear that theatres were in need of shows that they could run economically and I had an idea to make a magic show that adhered to all the requirements of social distancing and eliminated audience participation or risks of contact transmission etc. From all these tedious logistics I managed to make a show that I could tour efficiently and played loads of theatres as audiences were allowed to return to the theatre. I was the first show back for most theatres and it was great to be part of that and feel that in my own small way I was helping the entertainment industry drive itself forward and fight against what felt like unfair restrictions compared to other industries. It’s amazing how obstacles can force creativity and some of those shows, half empty by necessity were explosive because the audiences were so delighted to be back in the theatre.

What is the biggest secret in magic?

I think that all magic relies on the idea that the magician has secretly gone to a lot more effort than would be expected or sane. That is the one big secret behind all great magic tricks. The magician might show you an object that you take to be normal but it might actually be the result of hundreds of hours developing a secret mechanism that’s hidden inside. Great magic inventors are actually engineers who are prepared to work tirelessly on something that you will never even know exists. Every magic trick is simply the tip of the iceberg and fools you because you cannot even imagine the rest of iceberg hiding under the water. You can’t imagine it because why would anybody go to that much effort just to make you feel wonder?… 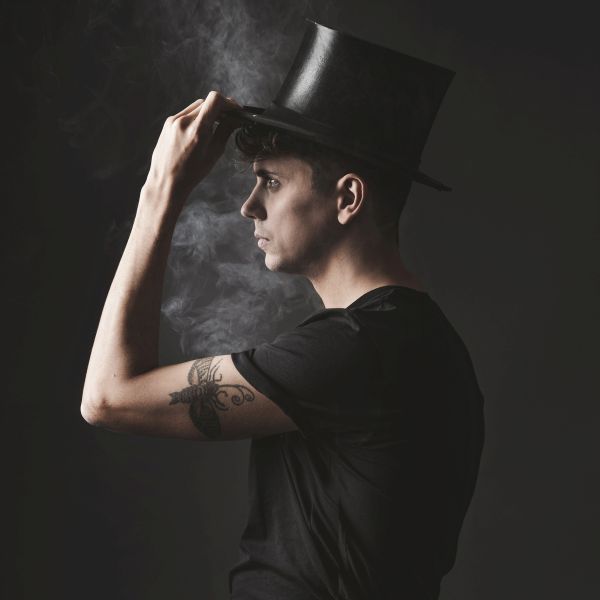