A diverse and prolific character comedian, Cal Wilson bounces between Australia and New Zealand. This Edinburgh Festival fringe you can see who she might have been if she’d made different decisions… Like become a surgeon. Or a poet. Or a dude. It Could Have Been Me.

“It’s a mix of stand up and characters, and it’s about all the people I could have been, if I’d made different decisions. It’s sort of like Sliding Doors, with less Gwyneth Paltrow, and more fake moustaches. I play out a bunch of different lives, all by myselves.

“Amongst others, there’s the me that writes science fiction erotica, the me that becomes an earnest performance poet, and the me that’s still dressing up to do kids’ parties at 55. Frighteningly, there’s still time for all of this to happen in my real life. Especially if this festival doesn’t turn out well. Please come.”

“That’s going to be quite a lot of you, to be honest. I’m not from round here.

“Characters aside, I’d say I do observational comedy, except I’m not actually that observant. At a roller rink I once skated for half an hour without noticing I’d lost a wheel. I guess what I’m saying is it’s lucky I’m a comedian, not Formula 1 pit crew.

“Buy shares in Apple. Lots of of them. Avoid drop-waisted dresses, and high waisted jeans. Shorts should never be shorter than their own pockets. No pigtails after the age of thirty. Also, don’t go out with so many guys called Mark. Mind you, some of those Marks have given you excellent material over the years, so – carry on.

“It was fantastic. Everyone was so welcoming and generous. QI is one of my favourite shows, crammed full of my favourite comedians, so it was a bit of a personal highlight. If I was a biscuit, it’d be like getting asked to be in a packet of chocolate hobnobs. The only downside was I discovered my go-to fact that Elephants are the only animals with four knees was incorrect. They’re the only animal with four necks. Or something. I was in shock at that point, and stopped listening.”

“It could go one of two ways: in the first scenario, I book a lot of terrible acts, to make myself look INCREDIBLE when I close the show, in the other, I pick a bunch of my favourite performers, and still shoehorn myself in at the end. I’d choose a line up from the colonies actually, to show you all some stuff you may not have seen – Celia Pacquola, Felicity Ward, Demi Lardner, Justin Hamilton, Trygve Wakenshaw, Aunty Donna, Steen Raskopoulos, Rhys Nicholson, Fan Fiction Comedy, Ali McGregor, and Rhys Mathewson, amongst others. All coincidentally performing at the Fringe this year. The show would be about 48 hours long, but you would LOVE it.” 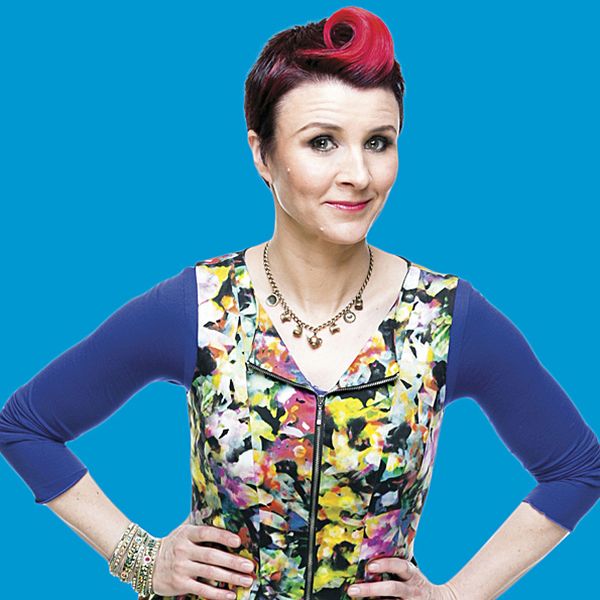