Alex Edelman is a New York-based comedian who has lived in Boston, LA and Jerusalem. He’s a recent college graduate, and this is his first Edinburgh Festival Fringe show. He’s been working on it for a long time, so he’d like you to come and see it.

“In the United States, there’s this word that journalists and others use to refer to young people. It’s ‘Millennial’, which is the title of the show. I’ve been referred to, and examined, as a millennial before. So I will be talking about it. In addition, I wrote some really good jokes, I think.”

How does it feel to make your Edinburgh Fringe debut?

“I’m nervous and excited and very pleased. It’s something I’ve wanted to do, and do right, for the past few years, and I’m absolutely chuffed to be at the Pleasance. Also, I’m told that the Fringe Festival is a fun place to drink alcohol, and I plan to do that a whole lot of the time.”

What was it like growing up in New York?

“I actually grew up in Boston, which has one of the best comedy scenes on the planet, and it gave me a great place for my act to incubate. But as for my childhood, it was a pretty tough one, but typical for the United States. First of all, our sun rises in the West in the U.S., and also, we have no supermarkets and everyone has to hunt their own food with guns. It’s total chaos.

“Although, we have basketball, which is good fun.”

“Best – coming back home to Boston to support Simon Amstell at a theatre there.

“Worst – Following a holocaust survivor telling his story at a benefit in New York.”

“Some of my favourite comedians in the UK are still young guns. Like Ivo Graham and Alfie Brown. I think they’re really exciting. I’d also put Stewart Lee and James Acaster in pretty much anything stand-upwise. Finally, I know some of the best US comics who don’t get the credit they deserve, and I think New York comedians Gary Gulman and Ryan Hamilton would KILL on a stand-up show.” 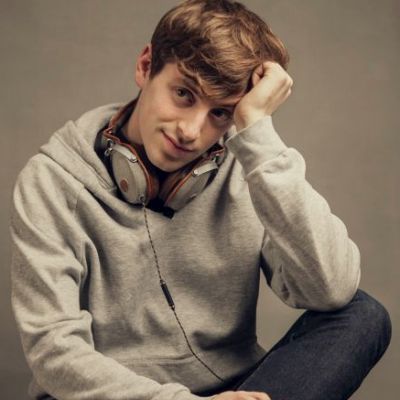