Tell me about your 2022 Edinburgh Festival Fringe show, Crizards: Cowboys.
We’re Crizards, the UK’s lowest energy double act. 2022 is all about diversifying our skillset so we’ve committed to doing a musical comedy show about the Wild West. Themes include friendship, heartbreak, and big hats (we’re not in agreement that big hats counts as a theme). There are other themes too but we’re not dishing it out for free.

Introduce yourselves. Who are you guys and how did you meet?
Crizards is a joint venture by two fully grown men: Will Rowland (5’9) and Eddy Hare (6’0 give or take). We met at uni when Eddy auditioned for a sketch show that Will had co-written. Five years later we heard about the cash sloshing around the double act industry and decided we wanted a slice of the pie.

Are you fans of stage musicals?
Honestly, no! Dishonestly, we actually met because we had season tickets to Les Mis in the 2014/2015 season and our seats were next to each other (Barclays stand). Every Saturday matinee we’d get Pukka Pies at half time and criticize the substitutions (don’t talk to us about Jean Valjean’s understudy).

Finally, ask and answer a question of your own.
If a Crizard falls over in a forest and there’s no one around to see it is it still classic slapstick?
Yes. The other Crizard filmed it and it’s doing absolute numbers on socials. 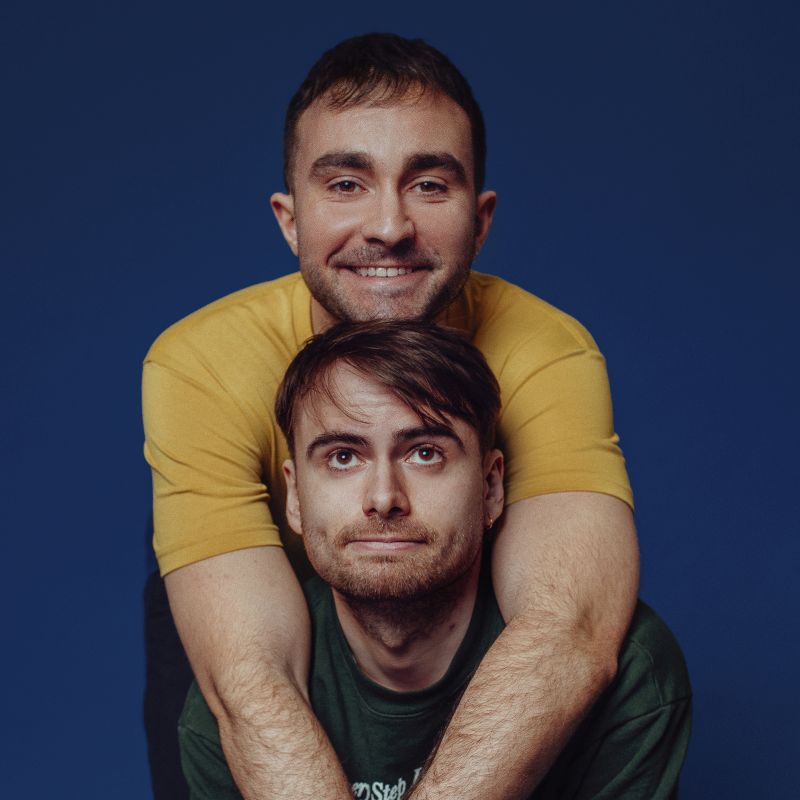