Hi Ed, tell me about your show.

It’s a show about loads of stuff. It’s not done yet so what it’ll end up being about is anyone’s guess. Just come and see it in good faith. They don’t just let anyone on E4 you know

Katt Williams because of that string of call-outs he did challenging Steve Harvey to a “comedy-off”. I think comedy could do with more clashes

I used to do a bit about having a fungal infection and one night I had a bloke climb into the front row and get his knob out so he could show me his thrush. Still not sure if that falls into the best or worst category

A plumber or something

The last book I read was The Good Immigrant. It’s a collection of vignettes/stories by different people about the immigrant experience in Britain and it’s very, very good.

Should people come and see Ed Night’s Anthem for Doomed Youth, which is on at 8:30pm every day (except the 14th) in the Pleasance Courtyard, at the Edinburgh Fringe? 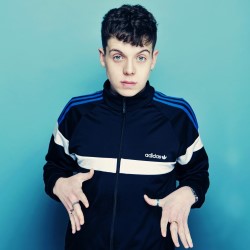