Loudly Insecure is features Bobby Mair trying to get secure by getting married, finding his biological family and addressing his mental health.

My show is called Loudly Insecure. I am doing performing it for the month at the Edinburgh festival then taking it on tour across next spring. Late last year I was thinking about how one of my oldest friends named Matthew McGrath from Canada is really quietly confident. He has a job, owns and house and seems is quite content but doesn’t go on about it. Then I realised I am the complete opposite. I am a comedian and I constantly feel like I’ll never work again, I own nothing and over-compensate my insecurity by being really loud and never shutting up. This year’s show is about all the chances I’ve taken to try to get secure – finding my biological family as I was adopted at birth, getting married to my gorgeous and patient wife and hilarious comedian Harriet Kemsley and finally addressing ongoing mental health issues that have been plaguing me for years.

It means a great chance to perform for a month to thousands of comedy lovers. It also means 11 months of panic worrying about that great month.

This is horrifically lame but mostly my wife as I wake up every day and she is up earlier than me writing and I spend the rest of the day playing catch up. Beyond that I love Armando Iannucci.

Nah. I just like creating. Sitting around and pondering what reviewers think won’t make me happy.

If I wasn’t so needy I’d just be a writer and would probably be a lot happier.

I have a terrible memory so books leave me as soon as I’ve read them. Unsure why I bother but I’m currently read something about being adopted called The Primal Wound. I read grim self-help books ALOT.

Do you have your own show coming out on Viceland called Bobby and Harriet: Get Married that is a reality sitcom where you play heightened versions of yourself terribly planning then having your wedding and it premieres Wednesday August 2nd at 10PM on channel 153 on Sky?

10.Imagine that the BBC have asked you to produce a primetime show. What would it be and who else would be involved?

It would be the show I have made that’s on Viceland. I’d love for more people to see it so if they aired it on the BBC that’d be great too. 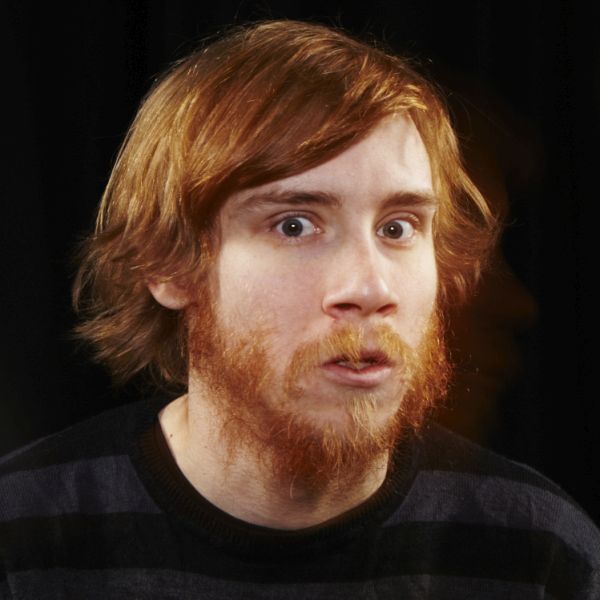