Critically acclaimed surrealistic character comedian of myriad personalities unveils his latest rapid fire absurdist assault on the fragilities of human identity, platitudes of postmodern sanctimony, and presupposition of collective reality. Martin Walker emailed Will Franken some questions. This is the complete and unedited response.

“My show is about a magical goat named Samsung who’s eating a tin of tiny humans one day and discovers a portal that leads to another portal that leads to a vortex. While in the vortex, he achieves satori (the Buddhist process of ‘awakening’) and realises, over 150 years after the fact, that the thing that could have prevented the Potato Famine was lots of potatoes. The main theme hearkens back to Marigold Flender’s 1452 operetta The Itch Of The Bumblebee Scrotum whereas the coda (which appears fifteen times throughout) was influenced by H. Henry Spigot’s A Treatise On The Cold Damp Understanding (Or Lack Thereof) Of The Salopian Hen-Do (1784). Elements of Thrasher’s Victorian Seismic Rifts and Arbidan Perdue’s Bliff! Blaff! Courgette! are prodigiously employed as well. Eschewing traditional one-man show eschatology, the finale will include twenty-seven sword vomiters, eighteen highly-trained Nike trainers, and five Ukrainian belly-eaters. A smashing time is guaranteed for some!”

How many Edinburgh Fringes have you played now?

“None. Not counting the first one.”

How does a character comedian differ from other comics?

“Other comics tend to do lots of characters, whereas character comedians simply take the mike off the stand and talk about very pedestrian and banal topics under the thinly veiled illusions that a) they really are interested in the topics they’re elucidating and b) they really are sincerely talking to the audience and not serving their own vainglorious desires to be cast on yet another dreadful panel show – the likes of which have plunged this nation into an abyss of mediocrity not witnessed since the heyday of American television. In short, character comedians do less characters than other comics. If it seems like this should be the other way around, then I guess it should. ‘I’ve got a bike, you can ride it if you like. . .’”

Do American and British audiences differ and if so, in what way?

“No. And yes. And maybe. American audiences tend to stand up throughout the show with their arms outstretched. Instead of laughing, they shout words like ‘Wheat’, ‘Hay’, or ‘Barley’ into mini-megaphones provided above their heads like oxygen masks on a plummeting airline. All of them, male and female alike, have crew cuts and a tattoo of the bald eagle emblazoned on their glistening foreheads. British audiences, meanwhile, laugh at the word ‘laugh’ and tend to enjoy material about Joshua Reynolds and the fine line between point A and point blank.”

“Arthur Shlepsky (five-time winner of the Chuckling Elk Award); Looloo Obsidian (creator of uplifting hit What Would Geoffrey Archer Do?); Bircher Stenley-Gredden (Britain Had Talent and Channel 7’s Running Out of Ideas) and Seamus Waltz (Irn-Bru award nominee for his one-boy show Rich Kid With Time On His Hands To Write An Hour About His Duvet And Love For Drink) Compered by a silver and red obelisk emitting a low hum.” 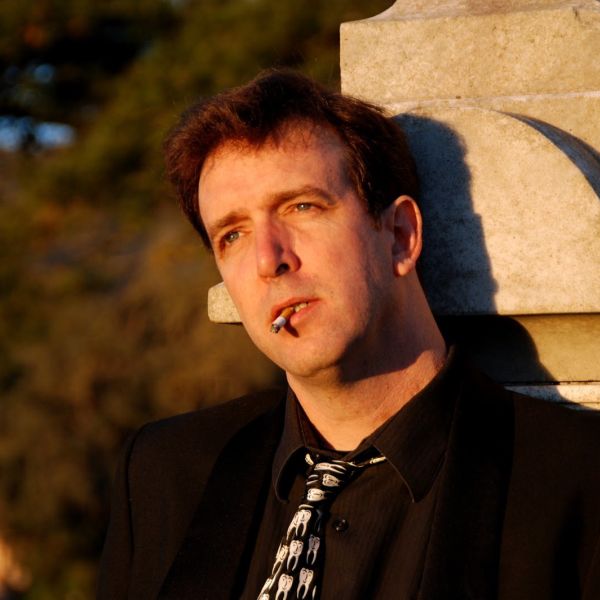