Veteran Jewish comedian Ivor Dembina is founder and resident host of the two decades old, Hampstead Comedy Club. His popular 2013 Edinburgh show, Old Jewish Jokes returns to the Fringe in August. Martin Walker asked Ivor some questions, but he answered some better ones.

Tell us about your show, Old Jewish Jokes.

“Some of the jokes I wrote myself, others I found on the internet and the rest I stole from the Palestinians.”

How do you view Jewish comedians who don’t dare to criticise Israel?

“I was taught at the synagogue, if you cannot say something nice about another Jew, call them a cunt.”

What happened when you brought Old Jewish Jokes to the fringe last year?

“My publicist says I got full houses and great reviews.”

“How should I know, she never saw the show.”

But really, a whole show of old jokes?

Stewart Lee speaks very highly of you in his book.

“Highly? You mean slowly. What a fraudster! Ten words and it’s a six-part series already.”

Do you enjoy panel shows like Mock the Week or 8 of 10 Cats ?

“Not really. I’m more of a comedy person.”

Is there much anti-Semitism in comedy?

Who is the worst act you’ve seen?

“Joe Bor. He’s booked as my support act in the autumn. You don’t get lower than that.”

Do your remarks upset other comics?

“Sometimes, but that’s us comedians for you – no sense of humour.”

If you were curator of your own TV show whom would you have in the line-up?

“Curate? Jewish people do not curate, we run the channel.” 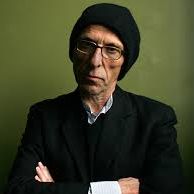