To be perfectly honest, I chose the title Wake-Up Call because I wanted to do the photoshoot for the poster in my pyjamas – I’ve found returning to proper clothes a bit of a challenge after lockdown. If something hasn’t got an elasticated waist, I’m simply not interested in wearing it now.

The title is also relevant because the show is inspired by all the little epiphanies that I’ve experienced recently. Home schooling made me realise that I don’t have what it takes to be a teacher, and a recent health scare made me aware that I needed to eat more healthily – apparently each of the cheeses in Quattro Formaggi don’t represent a different food group. A lot of my friends have been having their midlife crises, and I’ve been helping them cope – I’ve been suffering from existential angst since I was about 12, and I’m an expert in it – so this show is a chance to show off all the things I’ve learned.

Coming back to the festival also feels like waking up after a horrible dream – I haven’t been in Edinburgh for three years, which is the longest absence I’ve endured since I first came up in 1992. I wasn’t even away that long when I had two children in the space of two years.

A few years ago, I head you described as the “Kylie Minogue of stand up comedy. Talent, size, longevity” Is this a fair description? Kylie’s music constantly changes, which helps keep her on top. How as your career evolved over the years as an actor, writer, and comedian?

Hahaha! This is definitely the best question any interviewer has ever asked me. I will love you forever, just like my love for Kylie is eternal. I wish I had even a scintilla of Kylie’s talent and charm (I should be so lucky!), but I am vertically challenged and I’ve been around for a long time, so I’ll accept the comparison.

I have never had a career plan, but I have been fortunate enough to try loads of different things over the years – I’ve written stand-up, sketches, sitcoms and plays, appeared in the West End and travelled to interesting places like South Africa and the US. I have driven a fork-lift truck with Carol Smilie, played with the balls for the National Lottery and been serenaded by Elvis Costello. Basically I just say yes to everything and see where it takes me because I am a restless soul.

I recently got diagnosed with ADHD, and I talk about that in the show (although not for long because obviously I find it hard stick to one subject). ADHD is absolutely rife among stand-up comedians and explains why I could never hold down a proper job. Happily, the short attention span that saw me fired from jobs at Netto and Boots has been an asset in latter years. I think Kylie’s probably got a bit more drive and focus than I have, and a much better bottom, but I’m still hugely flattered by the question.

You frequently appear on TV and radio. From QI to Have I Got News for You to EastEnders. Describe your favourite broadcast experience. Is it a recent appearance on Just a Minute, where you managed to talk uninterrupted for a whole minute about Victoria Wood? Or something else?

Oh I loved Victoria Wood. Probably my proudest moment in recent years was winning the Celebrity Mastermind Champion of Champions trophy, with Victoria Wood as my specialist subject. I grew up watching her show As Seen on TV, and I still don’t think there’s anyone who can match her for natural wit, warmth and brilliant writing. She was such an inspiration to so many people and particularly to me as there were so few female role models on TV for aspiring stand-ups.

I read Jasper Rees’s fascinating biography of Victoria, and rewatched most of her back catalogue as preparation for my Mastermind appearance, so that was a joy. Then winning the quiz was just the icing on the cake. I also had a lovely time because I was on with Zoe Lyons, who’s a friend, and Neil Hannon from The Divine Comedy, who’s a hero. I also beat Miles Jupp, who is a good friend, but also hugely competitive. It was an absolute pleasure to beat him because he’d done better than me on House of Games and rubbed his trophy in my face (not a euphemism).

Tell me about the Fingers on Buzzers podcast.

As you might be able to tell from my previous answers, I’m a bit obsessed with quizzing. A few years ago I appeared on The Chase, and met Jenny ‘The Vixen’ Ryan. We hit it off immediately and decided to do a podcast about our favourite TV game and quiz shows, with some tips for listeners about how to improve their general knowledge. We’ve released over 80 episodes now, with more in the pipeline, and some proper showbiz legends have been gracious enough to chat to us. We’ve interviewed Les Dennis about Family Fortunes, Henry Kelly about Going for Gold, and even Michael Sheen (ostensibly because he played Chris Tarrant in the TV drama Quiz, but really just because Jenny’s obsessed with him.)

We record the show with our producer Amanda, and the three of us have the best time – we recently spent a long weekend in Guernsey with Anneka Rice doing a live show, and I don’t think I’ve ever laughed more in my life.

I don’t think I can do better than the Kylie question. Maybe I should ask myself a quiz question, then I’d definitely get it right.

What’s the only country in the world that has an English spelling ending in H?

Actually, the best question I can think of is:

Lucy, apart from your show, what else should I go and see at the fringe this year?

The answer is that you should see Nina Conti and Angela Barnes at the Pleasance, Lou Sanders at Monkey Barrel and newcomer Vix Leyton at Just the Tonic’s Mash House. 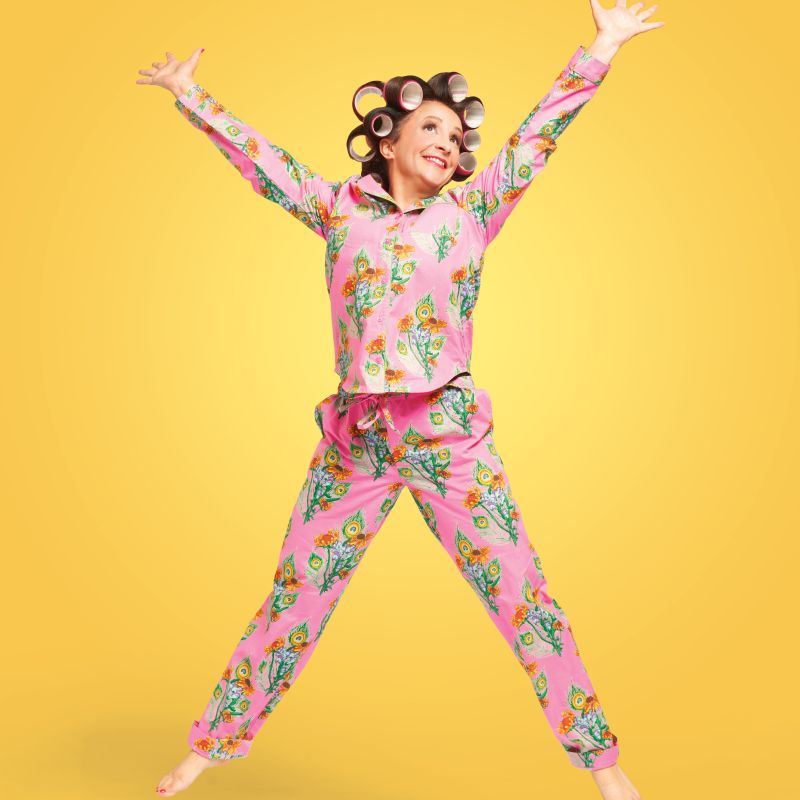