Last year, stand-up comedian Peter Brush became a BBC New Comedy Award Finalist. Since then the up-and-comer has gained positive notices from across the industry, including from the notoriously hard to please Bruce Dessau. Martin Walker asks about his Edinburgh Festival Fringe show.

“I will be sharing an hour slot with my friend Fern Brady. I think the loose structure of the show will be the two of us doing half an hour of comedy each, which will generally involve telling jokes/anecdotes and the like, but literally anything could happen in that time I guess. Mainly I write stuff about paranoia and death, but I am practicing my dance moves and fine tuning my singing voice in case we choose to end on a triumphant melody of Boyzone songs which I’ve rewritten so they’re about being in love with various animals – I think this last bit is a joke, but it depends how mad I go during the course of the festival.

“I chose to do the show with Fern because she has been badgering me to do it for ages and she eventually caught me at a weak moment. Since I relented I’ve been unable to go back on this, such is my loyalty to friends. The two of us should be a good mix though; she is a woman and Scottish, whereas I am an English man, so there’s something for everyone.”

“I was ‘well up’ for doing LH as they offer an affordable opportunity to do the fringe, otherwise I’d have to spend several grand to do it elsewhere, and I need that money for other vices.”

“Essentially, I thought I’d give it a go because I thought I’d be good at it. This was a few years ago now, so my continual presence on bills at comedy nights is hopefully proof that this is true to an extent. It’s either that or foolishness on the part of comedy night bookers combined with my own blissful lack of self-awareness regarding my limitations.”

“The best experiences are when I do a gig and it has a rider, it makes me feel like a rock star, like Paul McCartney. Unless the rider is meat, because he doesn’t eat meat. I try not to eat meat either actually, not so I can feel like Paul McCartney, but because of moral reasons/fear of cancer.

“My worst experience? I once did a gig to 3 people during a fire alarm. Actually I quite enjoyed that, put that down as the best experience.”

“Am I curating this or am I on the show as well? I don’t want to be upstaged.

“I’d like Charlie Chaplin, Mitch Hedberg and Woody Allen. If I have to share the stage though I would find that quite intimidating, in which case, I choose Lembit Opik.” 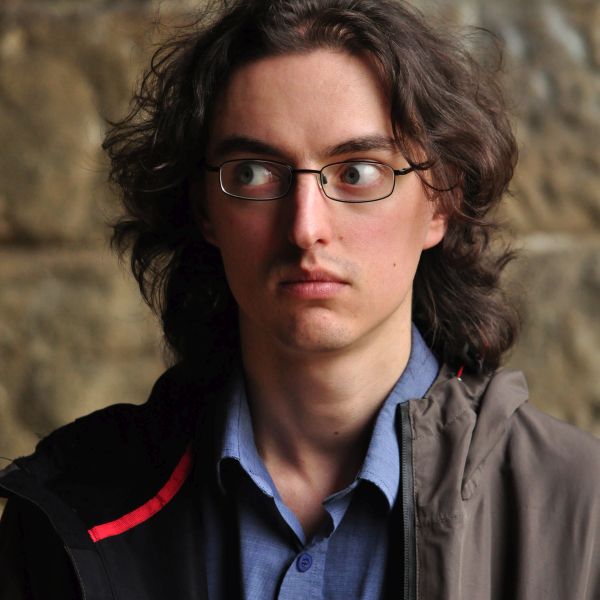