Jay Cowle is a stand up comedian, comic writer, and actor currently gearing up for his third Edinburgh Festival Fringe show: We The Chemicals. Martin Walker finds out about the show behind the title and the man behind the show.

“My show is about free will and cats. It’s also about beer brain, cats, and making as many silly sounds as possible. I figure if you’re going to tell people they are flesh robots you better do some cat impressions.”

“Their logo makes me think of tacos. I like tacos.”

“I think I’d have to go with calling, because having an urge to make cats sounds is unlikely to make a career, unless you’re a grumpy cat.

“More seriously comedy is far too beautiful a creature to be boxed as a job. The universe is wonderful. I’m trying to spend less time moving boxes for paper, and more doing cat impressions to the stars… or drunk punters.”

“When I started my material was completely nuts. I hadn’t learned to temper flights of fantasy with observation or more structured jokes and as such I remember a whole Jongleurs audience booing me for impersonating a tent. I should probably bring that bit back.”

“Kitson – mandatory, Josie Long, The Weirdos, Maria Bamford, Bill Burr, Arj Barker, Kathleen Madigan, Nick Helm, Dave Chapelle, James Acaster and myself in a hat, I could use the spots.” 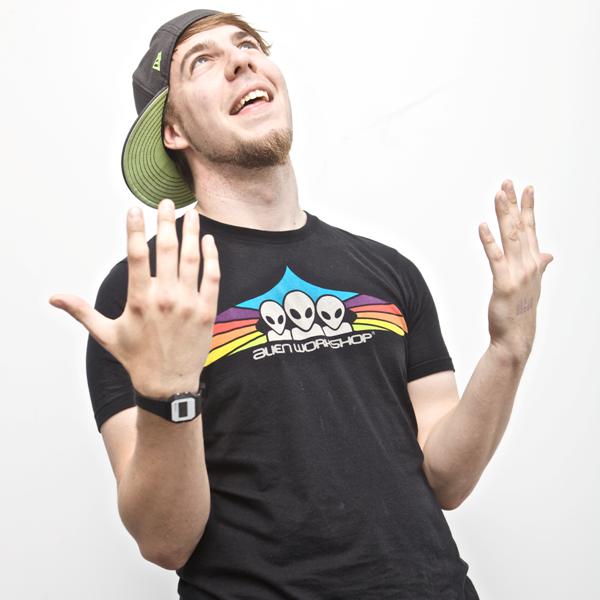