Sharp and sassy, Stephen Bailey, from Celebrity Big Brother’s Bit on the Side, returns to the Edinburgh Festival Fringe. Neon Heart is a warm and funny solo show about finding the one, breaking up, handling it with dignity and getting back out there. Just like Katy Perry with a world tour, but on a budget.

“Neon Heart is everything I wanted my first album to be – but I can’t sing so it’s everything that I want my Edinburgh gaybut to be. I originally I wanted my first show to be like the Spice World movie – cheesy and high camp but then I had a couple of years where I felt like I was coasting, I fell in love and then we broke up and got back together like ten times and I realised I needed to find me some Zen. So it’s still a high energy show but with like Katy Perry’s fourth album – a little darker. Basically if you like Sex & The City, Katy Perry or you’ve just had a broken heart – come!”

How does it feel to be making you debut?

“I’m really excited to make my Edinburgh debut. Some people fart, an audience laughs and they get a TV show. I’m constipated so my goal is very simple… I just want to introduce myself to a wider audience and hope they come back to more shows.”

“I want my audience to laugh and not that mouth open smile where no sound comes out kind of laugh. I also want to bond with them – like by the end of it they leave and I leave thinking we are great friends. At the end of the day, the audience’s reaction is what makes it worth doing it. The highs and the lows.”

“My best experiences are when you go to a venue say in a small town like Chipping Campden in the Cotswolds and when you first arrive everyone/the men look at you like they want to chase you out of town with a pitch fork but by the end of the gigs, they have lost their shit and are buying you drinks!

“My worst experience is when I’ve been mediocre… when people are laughing along but it’s almost out of politeness. They laugh at every ‘pause for laughter’ moment – they’ve not engaged. I would rather bomb than have an audience just laugh where they’re supposed to… Ideally, I prefer it when they have connected with me on a personal level. Does this make me sound like a hippy?”

Is the BBC right to axe BBC3?

“I don’t think the BBC is right to axe BBC3. This was originally a place for new talent to develop. It’s where Russell Howard was able to become the Russell Howard and although I believe it was turning into the same as other channels by using already established names instead of taking a risk on someone new, it was still the principal channel for new acts. Where do we go now Beeb?”

“If I could do any show, I’d love to a dating show like Streetmate with Laura Whitmore. However, if I were to do a stand-up show for television, I’d have Kathy Griffin, Katherine Ryan, Diane Spencer and Evelyn Mok… these are people that genuinely make me howl and inspire me!! Kathy Griffin worked hard for years before anyone took any notice – it was never like ‘oh you have a brilliant 5 that’ll do’ and I find that so aspirational. I’d also use David Mills as we gays have to stick together.” 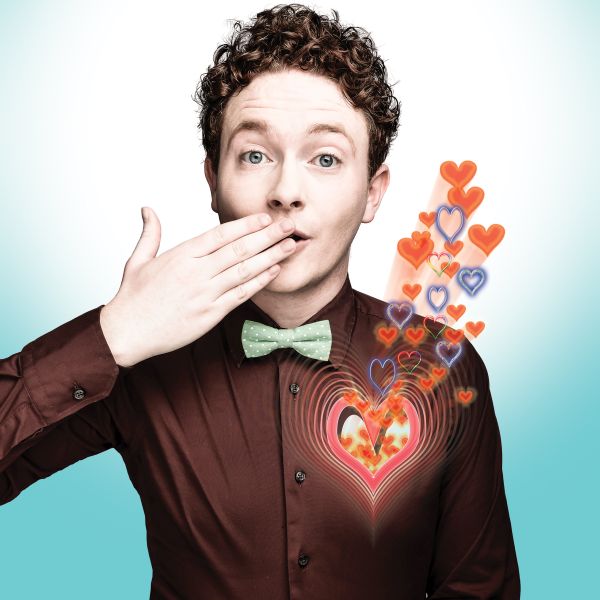