In 2010, Attitude magazine called Tom Allen a gay role model. He’s certainly successful. Since winning So You Think You’re Funny and the BBC New Comedy Award he has become a sought after presenter, comedian and actor, forever popping up on TV and radio. Martin Walker asks Tom about his Edinburgh Festival Fringe show, Tom Allen: Life/Style.

“Well firstly, thankseversomuch for this interview and thank you for asking me that question. It’s a show about how we choose to appear and what makes us dress the way we do. It’s about putting on your best frock regardless of what life throws at you. It also makes reference to bad furniture choices. And dressing as a Victorian person as a teenager. It’s basically about me.”

You’ve been away from the Edinburgh Fringe for three years! What have you been up to?

“Oh you know, some amazing things – I’ve been learning how to drive and other pretty cool stuff that most people do when they’re seventeen. I’ve also done some presenting, interviewed Victoria Beckham and Matt Smith, I’ve been supporting Sarah Millican on tour which was an absolute hoot. Though standing in front of 2000 people who aren’t there to see you can be challenging, though as long as you keep your nerve and don’t let them see your leg trembling, they seem to come round to enjoying your set. I also recorded Bleak Expectations which can still be heard on Radio 4. Oh and I went on a gay cruise. It was on a boat, not just in a park.”

Do you prefer TV, radio or performing live in front of an audience – and why?

“I think they’re all great but in different ways. Live audiences are challenging because there’s no post production to iron out the creases – the only way it works is if you throw yourself into the moment and have a good time with the people in the room with you. You can’t be afraid you just have to be vulnerable and show yourself as you really are. Though I always keep my clothes on. You basically have to make sure you’re having a great time then the chances are the audience will feel the same. That combination of people will only come together on that one day so you have to make it special. Also with live performance there tends to be fewer restrictions so you can try out new things – be more experimental with what you do. I like that.”

Why did you choose to be a stand-up and how did you get started?

“I think it was largely because I talked a lot. And I liked telling stories (so talking a lot but under the guise of having something to say). I also grew up being obsessed with old fashioned comics and raconteurs – Frankie Howerd at the Establishment, Kenneth Williams on chat shows, Noel Coward in Las Vegas and so I think I always wanted to be like them. I was told ‘you just have to talk about the world as you see it from your shoes’ which I try to do. I just have to make sure I know where my shoes are. I was also told ‘never be boring’.”

If you were curating a Chat Show for television, who would be your guests?

“Excellent question. I’ve always wanted to be friends with the Obamas. John Waters could also come along for the filth. RuPaul for the wigs. And maybe I’d ask the woman at my dry cleaners because she seems to have something to say about everything. It’d be quite a party.” 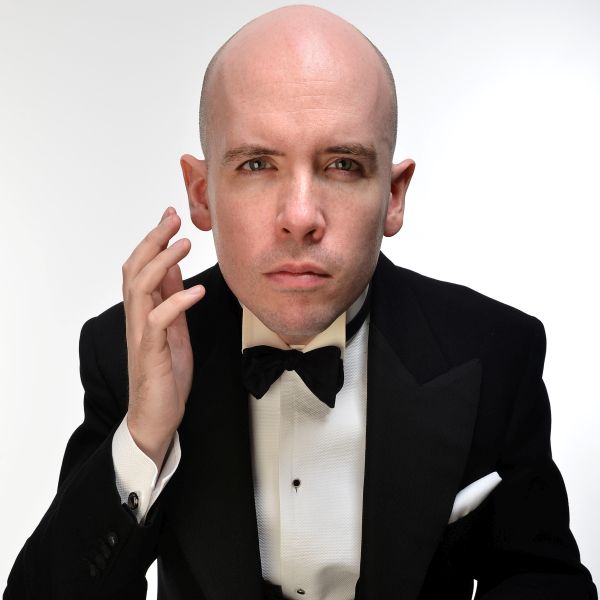