Losing Myself, is my debut hour. I moved to the UK in 2019 in the hope to be part of the best comedy circuit in the world, and date the most emotionally repressed men in the world.  I explain how I was a fat awkward kid from Canada, from a loud, chaotic family with an unhealthy obsession with romance and the idea of happily ever after.

Always the last one to leave the party, the first one to finish my wine, and the brunch guest with the best bad date stories, I was the hot-mess friend who was always up for a good time.

When the stages closed in 2020, I found myself living alone in London, 4706 miles away from any friends and family. The solitude forced me to look inward and make a decision about the direction I was headed. From death and dating to family, fear, and weight loss,  Losing Myself is my honest hour of tales with just the right amount of filth.

You were born in Vancouver, lived in Toronto and then moved to London in 2019. What brought you from Canada to the UK?

I started comedy while living in Toronto and had a trip planned to the UK for a wedding in 2018. I decided to jump on a few shows while over here and absolutely fell in love with the comedy scene, and the audiences here. I saw that there was a great deal of opportunity for comedians over here, and immediately started looking into making the move. Thankfully, being Canadian and having British grandparents make the process much easier for me than most.

How does the comedy scene differ between Toronto differ from London? Are audiences different?

London is a much larger city so there’s more everything here – more shows, more clubs, and absolutely more pay for comics. I can’t tell you how many times I’ve performed for free or for drink tickets in Toronto, but I feel like I paid my dues. Being that Toronto is a smaller scene with fewer opportunities, you’re forced to get better faster if you want spots on shows. This makes the Toronto scene far more competitive but it was a great place to start. Audiences differ slightly, but generally people are people and I want my material to be as relatable as possible to people from all walks of life. I think audiences in the UK don’t take themselves as seriously, and it’s been a lot of fun to highlight the differences that I’ve experienced since moving.

You’re performing at the Edinburgh Fringe’s first all-female venue for performers (men are welcome in the audience). Was this something you requested, or did it just happen that way? What do you think of single sex venues?

I didn’t request an all-female venue, I wasn’t even aware that was happening when I booked in at the Tron. I had the 9pm Tron spot booked for 2020 when I was originally supposed to debut because I’ve heard nothing but fantastic things about the venue. I love the location, the time I have and that it will feel a bit more like a comedy club. Do I think venues should start catering to one group of people? No. Is this a cool thing that’s happened that I’m excited to be a part of? Yes. Hopefully people won’t just see it as the female comedian venue, but just as a great venue with a lot of funny individuals.

I’m excited to take up and perform my show each night. I’ve worked hard on my vulnurability and this show has be being a more authentic version of myself than I’ve ever brought to the stage before. In saying that, I feel enormous pressure about opening myself up like this to criticism but I try not to let it get into my head. I’m also excited to see if I can do a full Fringe run. I’ve never done a full run, and I know it’s a marathon, so I need to pace myself which is something I’m not very good at doing – I tend to be an excitable person who jumps in head first. This is also a very expensive venture and I’m investing in myself like I’ve never done before so that alone gives me anxiety. Ultimately, my goal is to take up a show I’m proud of – what happens after that is anyone’s guess. 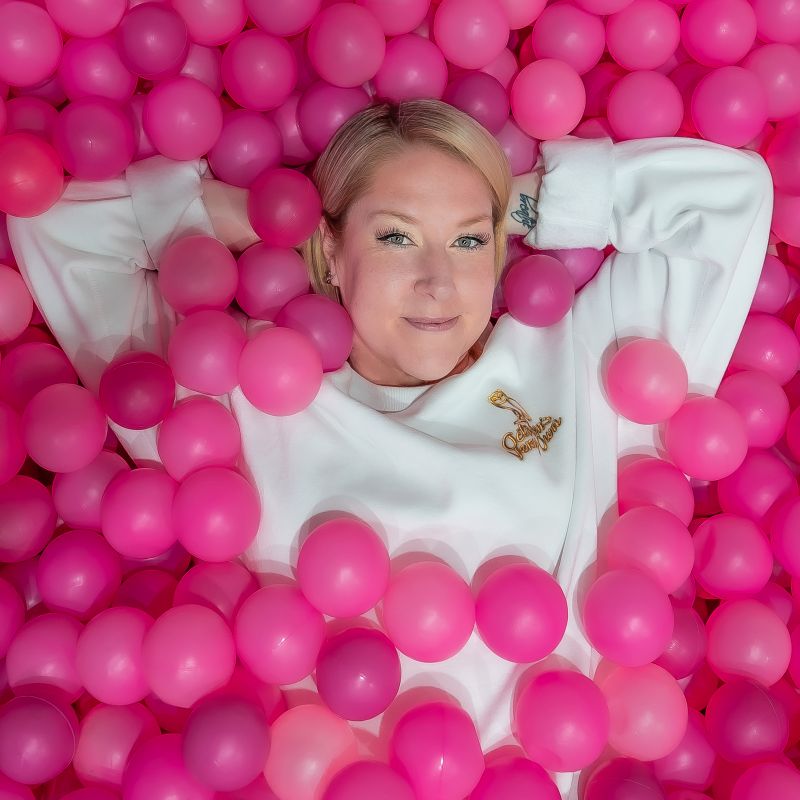