Hi Ken. Tell me about your Edinburgh show.

It’s mostly about me using my mathematical analytical way of thinking to break down things, mostly words and phrases, to try to make some sense of the world. I’m just very different to most people and I’ve tried to make a show to reflect that.

So many different things. It’s my favourite place to be and I look forward to it every year just for the atmosphere and social side, but also it’s obviously an important place to do a show that you’ve worked on for ages and see what happens from it.

Demetri Martin. James Acaster. Generally, people who try to get across they have a different way of thinking about things.

My worst experience was when I did an hour for the first time and I had built up an incredibly intricate show, with about 30 callbacks or something in, but relied entirely on a PowerPoint presentation. I got on stage and pressed my clicker and it didn’t work. The rest was history.

Oh boy, this takes me back. The first time I did a 25 min set, I had 3 support acts, and this 18-year-old student reviewer ended his review with the phrase “I’ll take the 3 sides and skip the main.” It wasn’t even that it was negative that bothered me, just the idea that anyone who thought that was a clever sentence to write in a review was allowed to pass comment on my stand-up in any medium. I still hate him.

I’d be playing poker full-time. I’d probably be a lot richer honestly, but with way fewer friends and unhappier.

I rarely read. I don’t have the attention span to read very easily. I remember when I was 10 and you had bring a book to school I always brought The Simpsons: A Complete Guide to Our Favorite Family to school, which is an episode guide of the first nine seasons of The Simpsons. Teachers kept telling me off but I loved it. The last book I read was probably that.

Did you correctly predict the hung parliament result this general election? Yes, yes I did. I should actually become some sort of political pundit because I predicted the hung parliament even before the first YouGov polls did. I created a spreadsheet and went through every constituency on Wikipedia and tallied up the results seat-by-seat and it looked like it would be hung. I was going to make a public post about it before the election but didn’t have the balls, and after the election I couldn’t because it felt like gloating. So I am gloating here in this interview. I made £370 betting on it.

I have this idea called Blair/Brown which is set right after the 1997 general election after Blair won, but involves a Blair and Brown swapping bodies like in Freaky Friday. Blair, now trapped in Brown’s body, becomes seriously annoyed that he has to live out the next decade playing second fiddle to his pal Gordon, who is now the Prime Minister as Tony. I’m not sure who is involved. I’d ideally get them to play themselves and do the crazy young face CGI to make them 20 years younger. 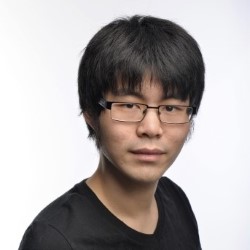