Jonny foolishly promised his daughter that he’d play live on stage at the O2 Arena. It wasn’t as easy as he hoped!

Hi Jonny, tell me about your show.

I promised my daughter I’d play live on stage at the O2. Did I do it? Come along and find out in this true tale packed with celebrity encounters, numerous dignity-sapping incidents and an incredible final twist…

This year I’m using a screen for the first time so you’ll get comedy, music, photos and video clips. #HoneyIPromisedTheKid

It’s the high point of writing a new show, we write them, we preview them and we hope to tour them, but Edinburgh is where the show is at it’s very best I think.

My friend Frank Turner. He’s gone from playing house parties we went to together to arenas and stadiums and he’s still a total dude.

I was performing at The Thistle Hotel in London and I thought it would be impressive to do a forward roll onto the stage. I managed the roll but foolishly grabbed for the microphone wire as I did so. The momentum of my heels passing over my head propelled the mic from its stand and catapulted it into my face. I stood up and hoped the audience might not have noticed. “Hello London, it’s good to be here tonight!” I chirped.“You’re bleeding” said a concerned woman in the front row.

Well I played guitar in bands for years and at the same time had a string of part time jobs so there’s a 1% chance I’d be on tour as a rock star and a 99% chance I’d be working in a coffee shop.

He Said She Said by Erin Kelly

Which bit of the new show do you enjoy performing the most?

I like doing the ‘Jason Manford Rave’ – it’s a real crowd pleaser.

Imagine that the BBC have asked you to produce a primetime show.What would it be and who else would be involved?

It would be called Donkey’s Den and it would be exactly the same as Dragon’s Den but with comedians and no money. 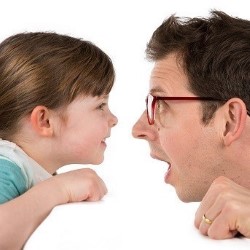