Sex Tips for Straight Women From a Gay Man

Tell me about your 2022 Edinburgh Festival Fringe show, Sex Tips for Straight Women From a Gay Man.

Sex Tips for Straight Women from a Gay Man has been sharing its upbeat brand of comedy with theater audiences for over a decade.  When I wrote the play, I had no idea it would enjoy smash-hit runs in Las Vegas and New York City where it became Off-Broadway’s longest-running comedy.  I am so excited to now bring our “big laughs and naughty fun” to the UK at the Edinburgh Fringe Festival of 2022!

The show has enjoyed a decade of smash-hit runs across America, but the Edinburgh Fringe marks its UK debut. You do know that we’re a bunch of stiff prudes, right?

Believe it or not, American theater goers can be stiff prudes too, which is why it’s always so fun to watch the show whip the audience into a wild and fun frenzy, laughing their butts off, interacting with the performers, and ultimately learning some very hands on techniques that could change their lives forever…in bed!

What have you heard about the Edinburgh Fringe? What are your expectations?

I’ve heard it’s already a wild and crazy and fun-filled atmosphere, so I’m looking forward to fitting right in and adding our own brand of interactive comedy to the mix.

Was there that one show where an audience member went too far?

There have been many audience members who really tap into their inner tiger when they step on our stage, but one that sticks out is when one of our participants won the competition for best advanced hand job technique and then turned to someone in the audience and said “I’m sorry dear, but now you know, your mother is actually really good at this!”

In what way do you believe your show has changed the world?

By sharing the Up, Twist, Over and Down with theater goers all over the world! 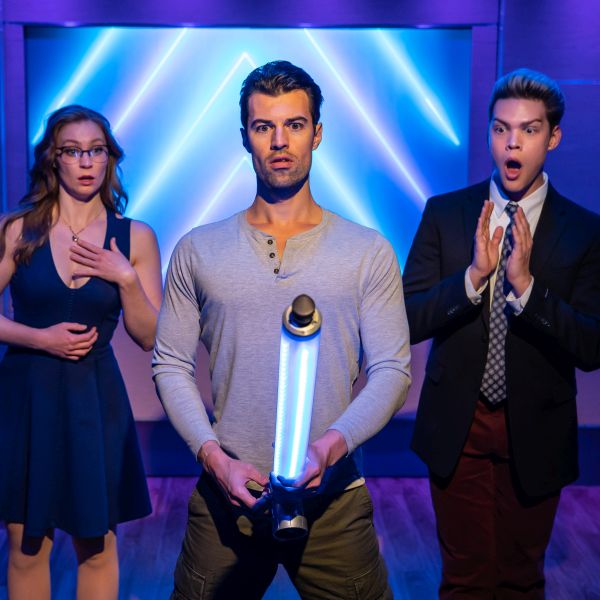