This year, I have packed my show with humour, including a potential solution to the problem of online trolling, the massively underwhelming sex drive of pandas, and Eamonn Holmes.  Plus I make an unwarranted yet extremely enjoyable attack on the RNLI and I do a full re-enaction of the 1992 film Titanic (severely abridged).

I like performing at the Fringe, as it is the least travelling I do all year. I simply roll out of bed, eat a bagel, then wander to my venue. Of course, it always takes me a few days to re-familiarise with Edinburgh geography; consequently, for the first week I fail to locate my venue and the shows are cancelled; and in the second week, I find the venue yet arrive late after becoming lost en route, meaning that those shows are also cancelled. In the third week, it’s a well-oiled machine – I can find the venue easily. However, at about this time, severe blisters set in on my feet, and all remaining shows are cancelled.

The 19th century French composer Hector Berlioz met an actress he rather fancied. Instead of just asking her out, he composed his Symphony Fantastique, in which he musically depicts a ball at which he woos the actress, then a march to the scaffold (after he has been condemned to the guillotine for murdering his lover in a moment of madness), and finally a witches’ sabbath in Hell, where his soul is rotting for all eternity.

He then invited the actress to a performance of the work. She was impressed by the avant-garde five-movement masterpiece and, following a brief chat, she agreed to hitch up with him for a bit.

Brilliant and hilarious. One can only guess at what Berlioz might have achieved if he’d gone into comedy.

I like to take in something very artistic in the theatre part of the Fringe. A one-man show (ie just one man in the audience, ie me), that perhaps explores some of the lesser known work of Keats, accompanied by the sound of the contrabassoon. A critical triumph, yet devastating financially for all involved.

Paul, were you responsible for the 1996 El Paso del Fuego tin mine disaster in southern Chile that claimed the lives of 12 people?

I have nothing to say to you on this matter. I am the victim of a smear campaign by people who would seek to use this tragic accident to bring me down. If you continue to harass me with these questions my legal team will be in touch and I will sue your ass off. Now get away from my doorstep before I call the police. 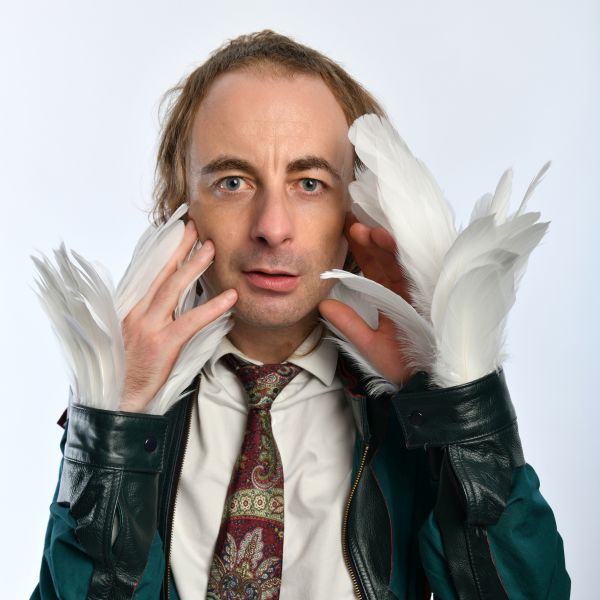