My show is called Smut. And it does exactly what it says on the tin, it’s just an hour of rude jokes. I manage to cover all the important issues, Mooncups, dog cystitis, how to wee in front of a rat, so I think you’ll agree there’s something for everyone.

Do female and male audience members tend to react to your comedy differently?

I’m writing jokes about my life experience which will be more relatable to some than others. Like I do a bit about having one labia lip longer than the other and I always throw it out into the audience to see if anyone else can relate. At one show a girl came up to me afterwards and said she didn’t want to shout out in front of everyone, but she wanted me to know that she felt seen. HAHAHHAHAA

I love it when my stuff resonates but it doesn’t have to for you to find it funny.  Talking about a Whale’s penis is funny even if you’re not a marine biologist. You can IMAGINE it.

You were part of the Pleasance Comedy Reserve in 2019. How did that go? How different does it feel this time?

The Pleasance Reserve was an amazing experience. I learnt so much and made some great comedy pals. It really sets you up as a new comedian and I will be forever grateful for that. This time around feels like a lot more pressure, but I feel way more confident and sure of who I am onstage. It’s scary to be on your own, but it’s also empowering and fulfilling. I was supposed to do this show in 2020 but I’m glad to have had the extra time to grow as a comedian, and by that I mean,  the time to write even more vagina jokes. YOU’RE WELCOME.

What was it like performing on TV for Gordon Ramsey?

Great! It was such a fun challenge to write to a brief and to make a man like that laugh/cringe is definitely a career highlight. ALSO he is sooooo much fitter than I thought! Tall, broad and worth £168million which is exactly my type!

How big IS a Whale’s penis? 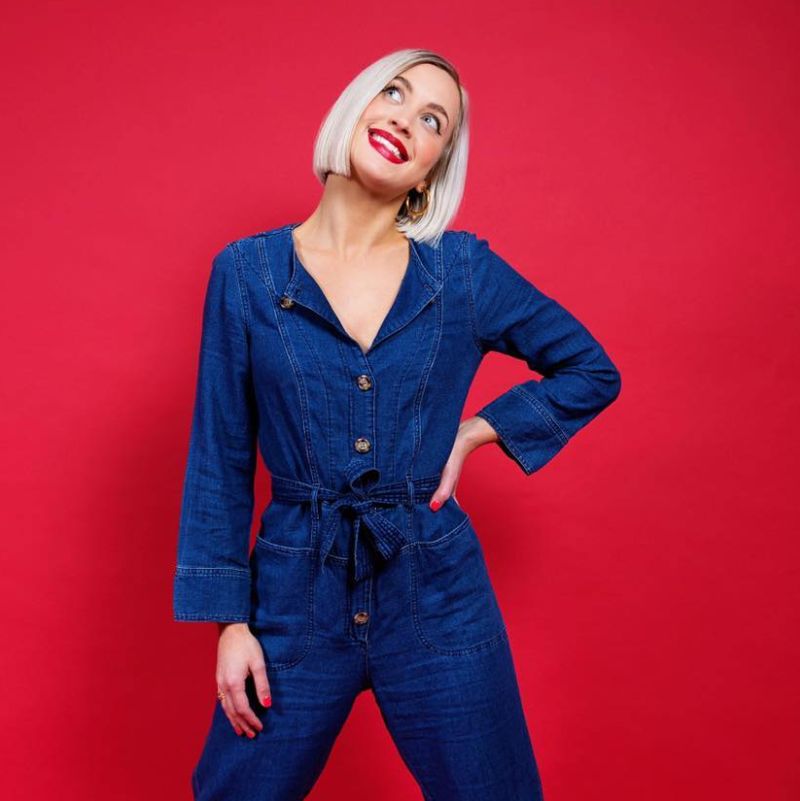