Lucy Frederick is a stand-up comedian, writer, actor and model from the South of England. In 2007, Lucy ended up appearing on Channel 4′s How to Look Good Naked which eventually led to a career in stand-up. Martin Walker asks about her Edinburgh Fringe show, Lucy Frederick and The Claw of Anxiety.

“It’s all about the social situations that make you anxious – or at least make ME anxious!
From meeting boyfriend’s parents to sitting at the front during comedy gigs or meeting your idol – it’s about the times when you wish you had behaved like a normal human being and not given in to neuroses!”

How long have you been performing stand up and how did you get into it?

“I’ve been performing stand up regularly for about four years. My first gig was longer ago than that but it was so traumatic that it was two years before I really did it properly again.

“I trained as an actor and then started writing. Stand up seemed the natural progression. I had done this TV show called How to Look Good Naked and when they decided to do a revisit show with me they challenged me to do a five minute set. It was terrifying! A 200 strong audience, a camera crew and several well established comics all peering at me across a Masonic temple in Liverpool Street.

“I had to have a two year lie down afterwards.”

Do you still look good naked?

“Largely I look for laughter. But I will take smiling. Or not grimacing. Beggars can’t be choosers.

“The best gigs are the ones when you turn a rowdy crowd. I once went on stage to the sound of just general conversation as the audience were mostly drunk and not listening to the compere at all. By the end of my set every eye was on me and I had them in the palm of my sweaty man hand.

“But on the flip side, I recently did a corporate gig for International Women’s Day and was asked to do ‘some of my stuff’ while people were getting seated for dinner. I was flatly ignored by eighty odd posh students. That was a good day.”

“My TV show would be a million hours long because I would want so many.

“I love anyone who uses language well so I’d have Ross Noble or Tom Allen; a great story teller like Chris Neill or Katie Mulgrew; some astute societal commentary from someone like Sara Pascoe or Bridget Christie; beautiful well observed sketches from Croft and Pearce or That Pair; and then top it off with a character act like Gabby Best as Marijuana.

“There are so many others. I do like boy comedy too – I realise there’s quite a lot of girls on my list.” 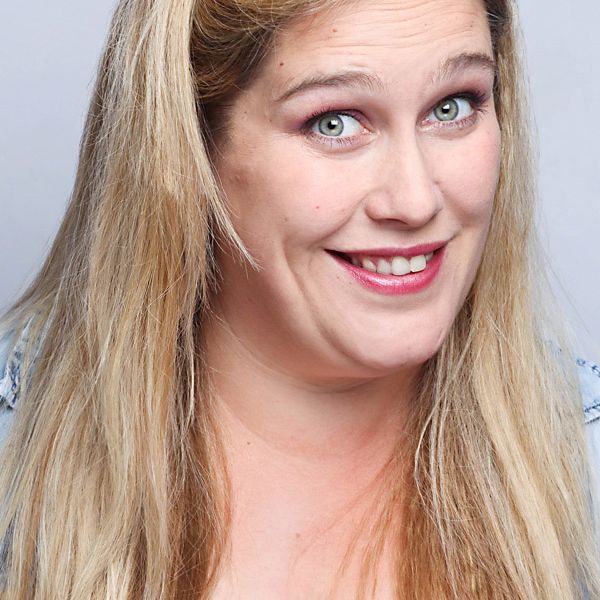