It is called Happy Orphan and it is about my relationship with my mother, who passed away in 2011. Last year I got an email from the Italian cemetery where she was buried: they informed me that, after 10 years from her burial, the rental of the grave had expired and it couldn’t be renewed, so they would dig her out to make space for new “arrivals” (apparently it is common practice in most  Italian cemeteries). It was a bizarre situation and prompted me to think about my mother and how glad I am that she is gone: I’m a happy orphan!

Is it difficult to discuss personal experiences – like family death – on stage and how hard is it to find the joke in these experiences?

In my opinion the stage is a very safe space and I find it beautiful to have the chance to talk about something personal in front of people that are strangers and yet somehow connected with me. I would find it more difficult to hide myself on stage.

About finding the joke, I would say that there is definitely a funny side in everything, especially in the saddest experiences, but sometimes it takes time to find it and elaborate it into a proper joke. For example, in 2015 I was about to do a show (just one date) at the Leicester Comedy Festival: it was Valentine’s Day, there were a few couples in the audience and my show consisted of many different routines about various topics. Three hours before the show I got the news that my father had died: I looked for the first available flight back to Italy and since it was late in the evening I still had time to do the show and catch the flight. I went on stage and improvised an hour about my father, explaining that he had just died and trying to find the funny. I think that if I had more experience I would have probably done a better job, although when I left the stage I felt better, it was a beautiful way for me to release the tension instead of grieving alone: the audience looked a bit shocked though, it wasn’t the Valentine’s Day they had planned…

You moved to London from Italy in 2014 and became a British Citizen in 2020. What do you miss most about your country of birth and what aspects of Italy or Italian culture are you happy to do without?

I used to miss the Italian sun, but “thanks” to climate change we are getting many more heatwaves in the UK too, so I guess that this problem is “solved”.

I still miss that in Italian supermarkets you can easily find plenty of fresh ingredients locally sourced, especially vegetables and fruits. In the UK sometimes I have the feeling that the ingredients aren’t exactly fresh nor local: last week in my local supermarket I saw asparagus from Mexico and judging by their look they have been in the country long enough to qualify for British citizenship…

What I don’t miss at all from Italy is the insane bureaucracy that makes everything unnecessarily complicated and pointless. And it is everywhere, from the procedure to dig out bodies from cemeteries to the paperwork that you have to sign if you perform in a pub for a new material night. It seems that in Italy, to complete any task, you have to fill in a form that nobody will check but that everybody will ask you to have.

Your first-ever gig was in February 2014 at the Gong Show of the London Comedy Store, and you won it. It’s a famously brutal open mic night. What’s your secret?

My secret was not knowing that it was the most brutal open mic night: by the time I realised it, I was already there and couldn’t escape. A friend told me that I was funny and explained to me that the open mic was a great chance to be on stage when you haven’t started yet.

I googled “best open mic in London” and that was the first result. I emailed them, they offered me a spot and I thought “wow, being a comedian is easy: nobody knows me and I’ve already got a slot in the most famous club in town. I had never been to the club before and I was expecting a sort of relaxed atmosphere, like a jazz club with comedians instead of musicians on stage. When I realised I was scared, but it was too late so I decided to brace myself and I went on stage with a very broken English (I had been in the UK for less than a month) and a lot of energy: probably that combination made me likeable or maybe they saw how desperate I was and had pity of me.

Do you think that success can change a person?

I have no idea but I can’t wait to find out! 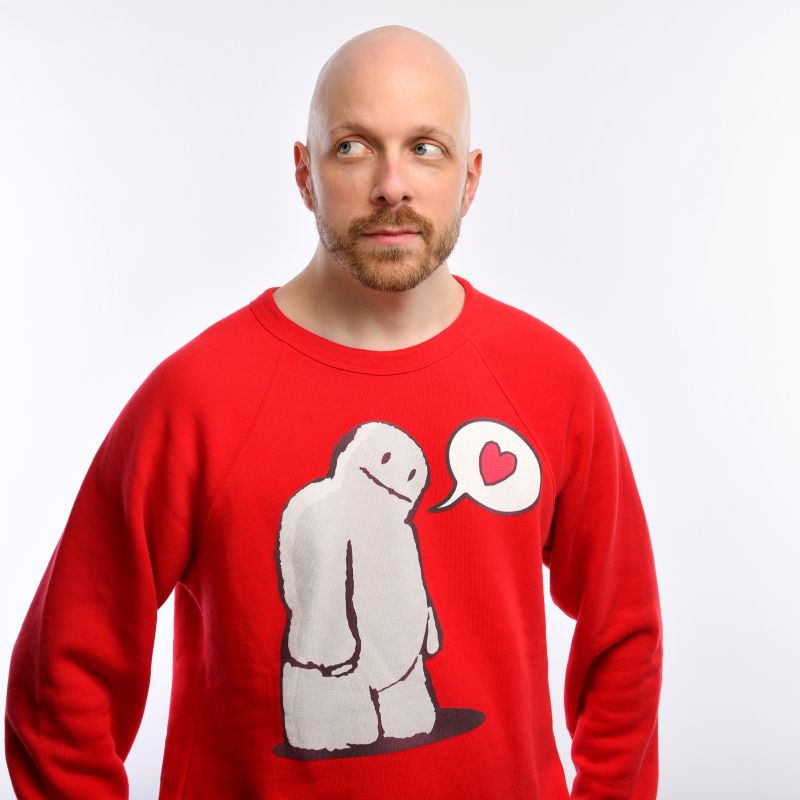