Maddy Carrick is a critically acclaimed comedian, improviser and children’s entertainer. She was part of the highly successful sketch trio KWAT and is the founder of the  children’s entertainment company Dreamcatcher Parties. As Martin Walker discovers, during this Edinburgh Fringe she is trying something new.

“My Edinburgh show is my first crack of the whip as a solo comedian. That does make it sound as if my first show on 1st August will be the first time I’ve been let on a stage alone. Not true, I’ve done lots of karaoke in my time. My show is a wonderfully dark character show featuring an eclectic bunch who hopefully you’ll laugh and cry with, and will make your toes curl.”

“The Free Fringe is a fantastic platform and forum, it’s also very performer friendly with lots of extra help and guidance. I’ve performed at the larger paid venues and feel as a performer much more supported with the Laughing Horse. I’m lucky – I have a great venue in the heart of everything at an ideal time.”

“When we were graduating from drama school and all the other thesps were auditioning for Lady Macbeth, I was firmly told that my best hope would be a bit part in a family friendly BBC comedy on a Friday night. Less TwentyTwelve more My Family type of thing. Well I’m still waiting. I was part of the successful sketch trio KWAT and I’m also an improviser.”

“Worst easy, first solo gig at an eclectic performance night. I followed a very serious performance poet who rhymed at length about his family’s African heritage with a set that included a long impression of Winnie Mandela which at the time felt like a crucial part of my character. I felt like Bernard Manning, Jim Davidson at best. I didn’t have any more material so just kept going before I was pelted off stage with vegan muffins. It was awful.

“Best – with KWAT, a rainy field in Cheltenhamshire at a festival with a brilliant audience sat on hay bales.”

“I would love to get together Tina Fey and Amy Poehler from the nineties when they were starting out doing improv and sketch comedy in Chicago and New York. And Bette Middler just for good measure.” 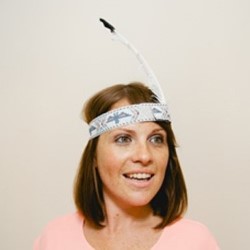