When not performing in comedy venues Rev. Maggy Whitehouse is as an independent Catholic priest. Women Catholic priests do exist apparently! Martin Walker sought to find out more about this most unlikely stand-up comedian and her new Edinburgh Fringe show.

“It’s the modestly-named The Maggy Whitehouse Experience and it extracts the Archangel Michael out of religion — and Mary Whitehouse. I’m an ordained minister as well as a comedian so I do jokes about God from inside the box – well, it keeps the name in circulation – and about how the Bible and Mary Whitehouse are very similar… Very similar indeed.

“And both the real Mary and the show of the similar name made my life a misery when I was a journalist and would get asked twelve times a day ‘any relation to Mary?’ I’m not but the daft old bat pretended I was.

“So, following the surreal legacy of Newman, Baddiel, Punt and Dennis, it’s an hour of miracles, mystery and mayhem on life, the universe and everything you could want to know about God but really couldn’t be arsed to ask. Atheists welcome. No unicorns.”

“I’ve done competition gigs for them before and they’ve always been great fun, welcoming and had a lovely wide range of performers. And given that a ‘believer’ is an unusual thing on the comedy circuit it’s great to work with people where you always get good gigs with people expecting the unusual, engaged and interested.”

“My congregation and people who came on workshops kept telling me I was funny and should do stand-up. I thought it was ridiculous – especially as I’m in my 50s, but when I got three prompts in a week, I thought I’d better check it out. It so happened there was a beginner’s course a mile from my home, starting the following week at a ridiculous price. I went, really, to prove people wrong but I came out top of the class and found that I loved it. Tentatively put out for a few gigs and fell in love with comedy. It was really, really scary telling the Bishop and when he watched my YouTube video (link below) I was having cosmic kittens… but, thank God, he loved it and is really supportive.”

“Worst: Taunton Curry and Comedy night. All the other comedians booked were blokes who specialised in the hot stuff – and jokes about having to do a no. 2 in a sock because his one-night-stand was in the bathroom! Everyone very drunk. Guess who died on her feet!? Still, there’s always the resurrection option…

“Best: Opening night at Bath Comedy Festival with Arthur Smith. He was really friendly and supportive. The crowd really ‘got’ me; there were all sorts of beams and wood around for spontaneous crucifixion jokes and I had a fabulous evening with tumultuous applause.”

“A so-far unknown called Jonathan Hipkiss whom I’ve seen on the circuit a few times and who is a star in the making; Eddie Izzard because he’s my hero and I just love the surreal; Paul Tonkinson because he’s witty and surprisingly gentle with hecklers and makes very good conversation – which you’d need and Rhod Gilbert because his rants make me howl with laughter. 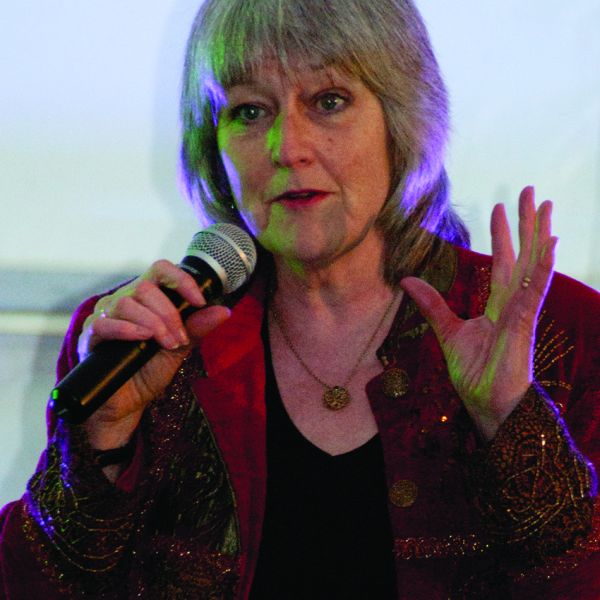