NDOG is a fast-paced character show packed full of absurd stories driven by punchy gags. It’s got elements of drag and cabaret in, with a few wigs and some sing-along numbers thrown in. Under all the silliness however is a comment on gentrification, regional and class inequalities, and how nobody’s a winner when people can’t afford to get by.

I first came to the Fringe on a mixed bill as a student and was lucky to experiment with different characters and stand-up routines with financial support. I’m coming up as a professional comedian for the first time this year and the magic and chaos of a whole historic city full of culture still has a huge appeal, as well as the chance to see amazing performances you might not get to see anywhere else. Equally, as rents and costs for performing have increased, the Fringe has become part of the problem I’m talking about in my show, with many performers not being able to afford to share their art with audiences.

I’m most inspired by alternative performers from the north of England, such as Steve Coogan and Vic & Bob. I also love more up-and-coming character comedians like Jamie and Natasia Demetriou, or absurd acts from the USA like Tim Robinson and Patti Harrison.

I really want to check out Sarah Sherman who recently joined SNL and Sheeps, the sketch trio that Liam Williams is in, whose show “Ladhood” I really identified with, having grown up in West Yorkshire too.

What do I want to feel when I’m onstage doing my show?

Absolutely beautiful chaos while the audience laugh out loud but low-key want to hate half the stupid jokes I’m making. 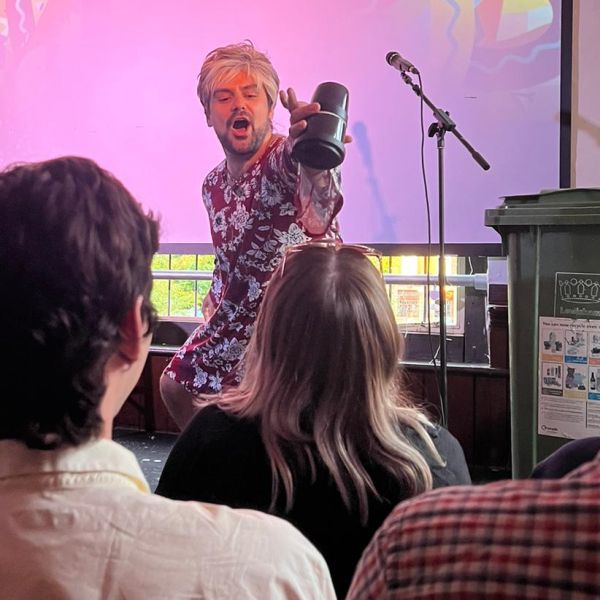