Are you fed up with corrupt politicians, bloody wars and those long queues at Primark? Mark Dolan gets it sorted in his new show for the Edinburgh Festival Fringe, unveiling his ‘revolutionary’ manifesto for a better world…

“There would be a ban on selfies, belfies and any other permutation of photographing yourself. Tweeting about what you’ve just eaten is out and using the expression OMG in any context will be punishable by a jail sentence. Men over forty wearing skinny jeans or anyone with an ironic beard will be asked to leave the country immediately.

“On the plus side there will be tax relief for being nice. I will make Ben and Jerry’s ice cream free, will invent a £10 peoples’ iPhone and when it snows, everyone gets a sledge.”

As well as being a live stand-up, you’re a writer and radio and TV presenter. Which do you prefer and why?

“At the risk of sitting on the fence, I enjoy them all for different reasons. Writing is a joy because you get lost in the world you are writing about – it’s pure escapism and like a drug. Radio and telly are fun because the potential audience is huge, so the reach and impact of what you are doing is massive. Plus you get to work in a team with insanely talented and clever writers and producers.

“Stand-up is the biggest buzz though. It’s spontaneous, immediate and your jokes are not checked by someone in an office called Richard who you’ve never met before.”

“The only reaction you can ever aim for is laughter. Shocking people is fine, but it’ s a blunt tool if overused. I like to go to the outer edge of what is acceptable. If you cross the line, you’ve lost – that’s the challenge.”

“Best experience was six nights ago – I managed to get two members of the audience to agree to go on a date with each other. They will return to the club in two weeks time if they’ve hit it off. If they get married and have kids, it will be down to me. And them shagging, obviously.

“Worst experience was my eleventh gig – a mysterious yellow liquid poured on me from a balcony above the stage. I went off with boos and the c-word ringing in my ears. I still get flashbacks.”

How did you get involved with FuBar radio? Tell us about the station and how it works.

“I pitched a show to them as I’m a radio obsessive. My first job in the media was as a radio producer and I did it for six years before becoming a stand-up, so it’s in my blood. FuBar is an ad-free, global comedy radio network, based in London. It’s going to be broadcasting live from the Fringe this August and I’ll be doing my three hour morning show every day – aarrghh!! We have subscribers, which allows us to say anything we like, including strong language if needs be and they pay a monthly fee of £2.99. There is a month’s free trial and I’d definitely say give it a try. It’s already incredibly popular which is amazing.” 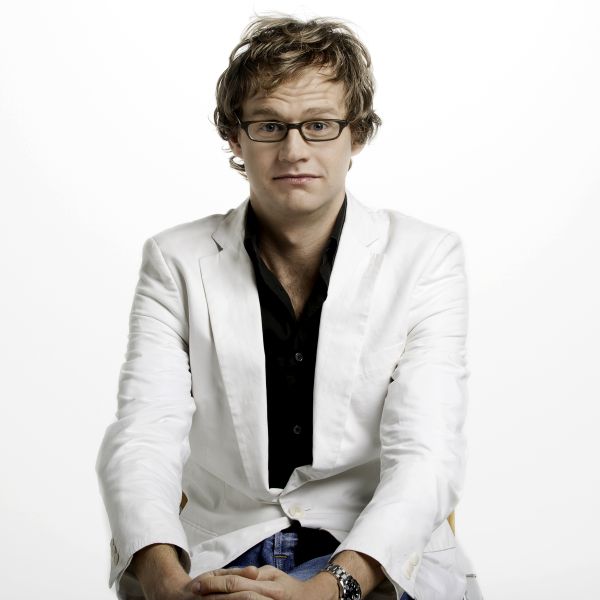