Tell me about in 2022 version of ‘Showstopper! The Improvised Musical’

We’re back! And we are thrilled to be returning to Edinburgh where this whole adventure began. We’ve been working hard at our ‘boot-camp’ to reinvent the show and add some new players to our amazing company. We are going to raise the bar even higher to give our audiences the best night out possible – a fully-realised, beautiful and hilarious musical, that just happens to be entirely made up on the spot!

How did you become a Showstopper Adam?

I started the whole venture with Dylan Emery back in 2007. We were working with the legendary theatre maverick Ken Campbell, and we had been toying with musical improvisation. Me and Dylan realised that if we gathered the right people and worked like demons, we could do a fully improvised musical. And we did! We started with an experiment at the Actors’ Centre in London, and then the following year, assembled our team (like Avengers) and started Showstopper!

Showstopper is the first ever long-form improv show to have a full West End run and to be nominated and win an Olivier Award! What makes Showstopper stand out so much among improv shows?

There are so many wonderful improv shows around now. I think, when we started, what made us different was our sheer commitment to keeping all the best bits of improv (the liveness, the risk, the danger, the spontaneity etc) but maintaining the standards of top-drawer musical theatre as well. It’s an aspirational high-wire act, performed by a bunch of naive fools who have no idea how impossible the endeavour is.

Name check some of the Showstopper cast. Who is the biggest joker of the group? Who snores the loudest?

Hmm you always have to keep an eye on Mr Pellew. I haven’t slept with enough of the company to comment on the snoring.

How much of it is improvised?

Only joking. We get asked this all the time. Followed by “is the music improvised too?” Followed by, “you must have some structure or story to fall back upon?” So thank you for not asking those questions.

The truth is – everything we do is entirely 100% improvised.

Maybe I’d like to be asked – “what does the show mean to you?” It has turned out to be one of the most enjoyable, infuriating, educational, and extraordinary experiences of my life. Long may it continue. 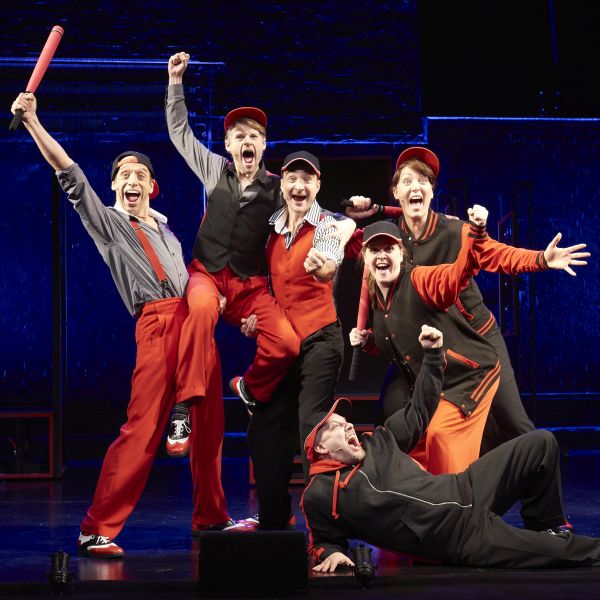