The show is called Pierre Novellie and it’s an hour of high-quality stand up in Pierre’s own personal style and it will make you laugh. He sets out to prove that in stand up, it is not topic but approach to topic that matters.

I’ve written what you might call an “American special” comedy hour. I have always thought that the Edinburgh Fringe imposes theatrical structure on stand up when in fact it is a separate art form – you don’t see people complaining that there’s no opera in a ballet show, after all. If you want a theme, then I am the theme – all of my routines are the product of my mind and who I am, a snapshot of a year’s progress and work.

It’s the end of year exams and the Olympics and a house party and an awkward work conference all rolled into one!

There are comedians out there who used to, or still are, pumping out high-quality comedy at an incredible rate without nearly the recognition you might say they deserve. The real wizards are the comedians who can do “both” – as in, they can absolutely smash a Saturday night late show and then pull off a solo tour show in an artsy basement on a Tuesday night.

I once performed to such profound silence that I could hear the ice in people’s drinks at the back of the room.

I once joked- self-deprecatingly, after a routine about an obscure Welsh tenth century legal document, that Michael McIntyre wouldn’t bother doing something so needlessly obscure and tedious. Some absolute plank wrote in a review that I was yet another alty comedian having a pop at the guy! That same year some other reviewer accused me of being some mainstream dullard. It’s best to ignore these people.

Ideally a job very different to comedy, so: high pay in proportion to effort, timely wages, job security, regular hours… but I’d get bored. I’d have to do hideous and strange things on the weekend to release the pent up energy.

Pierre, in your opinion, did the finds of goldsmithing equipment at the Trelleborg forts archaeological sites indicate their use as luxury residences and tools of internal suppression rather than outwardly defensive structures?

I’d like to host some sort of chaotic variety show! Stand up segments with all the great comics on rotation, sketches… Maybe a more sincere version of the Eric Andre show! I’d like to interview people seriously enough to get some good stuff out of them but then also we have to dress as bees and fight. 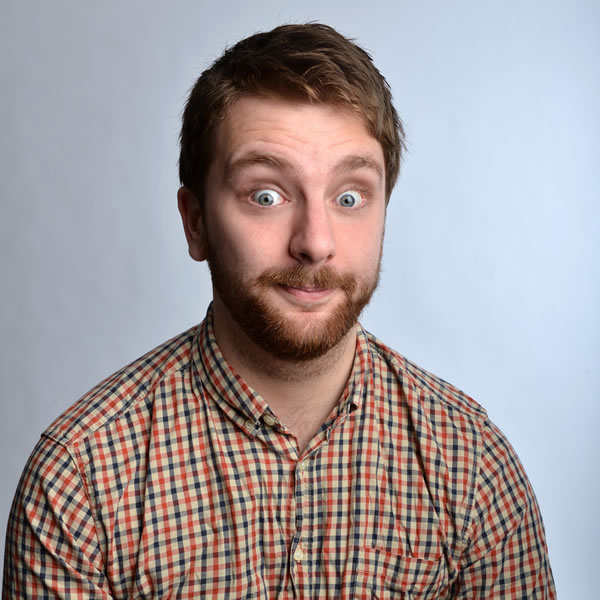