In Bloody Difficult Women, I see in the legal battle between Gina Miller and Theresa May the whole Brexit story in microcosm – it’s about whether the law and rules matter, courage and cowardice, fantasy and reality, and how, behind the scenes, things really work in our politics. That’s why I include as a character Paul Dacre, at the time of this case the editor of the Daily Mail, as he was a key behind-the-scenes operator and his notorious ‘Enemies of the People’ front page is an unavoidable part of the story. It’s a serious and passionate play with a lot to say for itself, but it’s also funny because it gets into the humanity of all the key players  – I’ve known Mrs Miller for a decade and Mr Dacre just as long as I worked for him up until the turn of the Millennium. I like to think I’ve an idea how both their minds work. Some of the other figures are fictional, but, trust me, they are all based on real Westminster characters I know only too well.

I love Edinburgh because I know it will give Bloody Difficult Women a fair hearing. A lot of newspapers and powerful individuals were strongly opposed to the play in London. Even before we opened, Paul Dacre and the Daily Mail’s legal department were sending us intimidating letters, demanding to see the script, and of course we declined. The Mail, along with other titles that are featured unsparingly in the play, refused to review us. There were also a lot of well-known theatrical investors or angels who didn’t want to go anywhere near us because they thought the subject matter was too for dangerous them. I thought I was an old and close friend of Samira Ahmed, the Front Row presenter, but she blanked me when I asked if she’d like to do something on my play, or even see it, but then, of course, she works for the BBC.  For all that, Bloody Difficult Women did well in London – indeed, we had to extend the run, so I am not complaining – but I think Scotland will want to give us a chance for the very reasons a lot of people in London wanted to deny us that chance. I don’t mean by that I am expecting great reviews or standing ovations up here, but even if the reviews are terrible and we get booed, I will know it’s an honest reaction. People here will feel they can say what they like as Johnson hasn’t any great hold on them and your media seems a lot more objective. I feel very much at home in Edinburgh, but then I should point out my middle name is Buchanan.

My mother because she always told me I could write and that I should stick at it; the late political journalist Anthony Howard because he got me off local newspapers and on to The Observer when I was still in my early twenties; Stephen Unwin, the director of Bloody Difficult Women, because, while often exasperating, the man is a bloody genius; Denise Silvey, my producer, because she is a saint; and I should add Gina Miller, for the simple reason that I admire courage.

I am determined to see Hamlet with Ian McKellen. He came to see Bloody Difficult Women in London and he was big-hearted, kind and lovely and it meant the world to me and all the creatives that he took the trouble to get the Tube to the Riverside Studios in west London on a dark rainy night. He stayed long after the curtain went down and talked to us all and we just sat around him in awe. We are lucky the word retirement isn’t in Ian’s vocabulary as there’s such humanity in his acting these days that is just beautiful to see. I must have seen hundreds of productions of King Lear in my lifetime, but his performance in the title role a few years ago was the only one to reduce me to tears. It was as if he was talking to me directly about the human condition, my country and me, now that I’m getting older. I’ve never seen a greater stage performance in my life.

What do you think of political drama at this point in time?

Not a lot, if honest. There is of course a great story to be told about what’s happening in our politics, but, until now, there have been few, if any, serious attempts to even try to tell it. All I can think of is James Graham’s Channel 4 drama Brexit: The Uncivil War, which outraged the journalist Carole Cadwalladr who felt it “whitewashed the corruption.” Graham felt he had to tell both sides of the story, but it seems to me great drama shouldn’t be approached as journalism and certainly not journalism that’s all about false equivalence.  God knows, I am aware, after all the legal letters from the Daily Mail and Paul Dacre, that this takes courage, but if you’re going to be gutless as a writer, then why bother? One thinks of Arthur Miller writing The Crucible as a direct attack on McCarthyism as it was happening in America. Frankly, it was only because no one else was willing to write an honest play about what’s happening that I wrote Bloody Difficult Women. 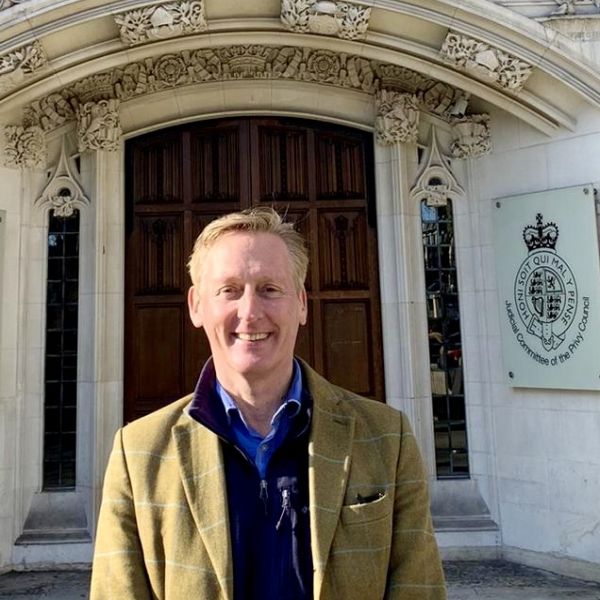