Tell me about your Edinburgh show, Sexy Brain

I invite you to spend an hour with a mw and my self-diagnosed Sexy Brain… a study in trying to see all sides of every argument and driving yourself slowly mad in the process.

You work extensively in both the US and the UK and appear on The Weekly (ABC Television) show in Australia. You were recently cast as a lead actor on the feature film Slotherhouse (Renegade Pictures), shot in Serbia. You’ve performed stand up everywhere from Edinburgh, London, Sydney, Montreal, New York, Shanghai, Los Angeles… Where are you most at home? On stage in an English small arts centre, on a Hollywood film set, or somewhere else?

Home is where the art is! Coincidentally when I was making the film in Serbia we shot a party scene. That night I went back to my hotel room and when I showered a sequin fell out of my vagina. That’s either the most glamorous or tragic thing to ever happen to me. I haven’t decided yet

The right for women to control our own bodies is under attack in the US. Roe v Wade legalised abortion nationwide in the US in 1973. If it is overturned by the Supreme Court, 26 of the 50 states will impose severe restrictions on abortion, affecting millions of women. Will protests against repeal succeed or is America doomed to be more divided and regressive?

America is being run by men that think Roe Vs Wade was a tennis match. So the biggest push back on female bodily autonomy in 50 years has actually happened. I think the seeds were planted for this in 2016 and we are only now seeing the repercussions . Women were shouting about it then. They were shouting about it in 2020 when Amy Coney Barrett was confirmed . A piece of nominative determinism as she seems to want Americans to breed like rabbits. In turning the power for reproductive rights over to the state then of course it will just further increase the divide between those states that support the rights of women and those that don’t. Women will die, miscarriages will be criminalised and then the question of what is next? I like to think that in the UK our rights our safe since they were enshrined in 1967 but there have already been few MP’s tossing the idea around ‘just for debate’.. Also although it’s technically available in Northern Ireland the logistics are making it nearly impossible for many women

Tell me about the brilliant satirical podcast, ‘The Bugle’.

It’s brilliant and so are the team. Andy is providing a great platform for a range of voices across the world. I enjoy getting to hear their perspectives and that the Bugle can tackle

serious and silly at the same time. If you don’t listen then start!

Question – How many stars should I give your show? 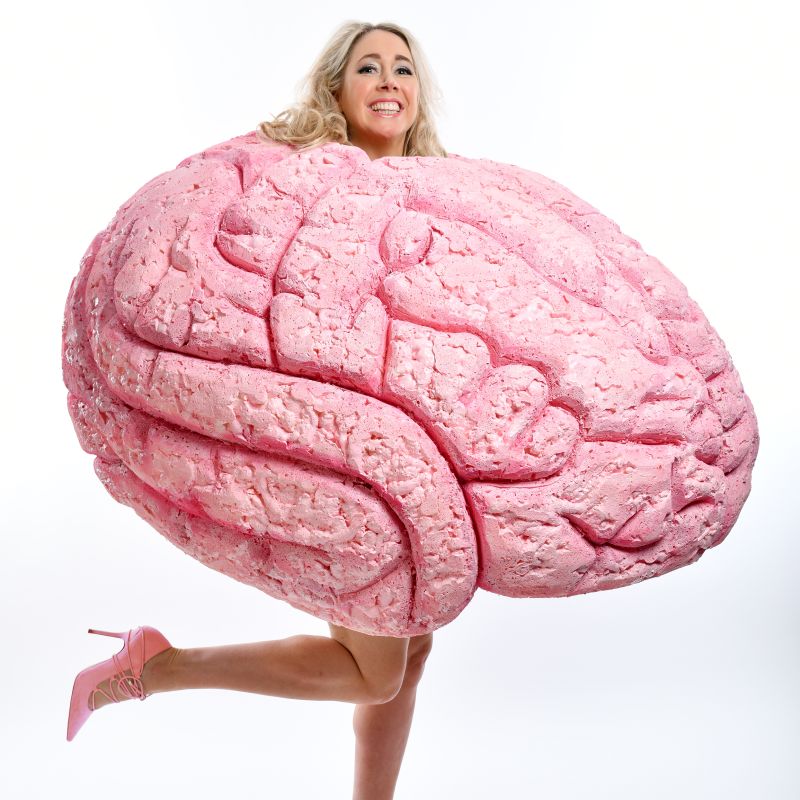