Naked Ambition is a collection of stories celebrating 20 years of Puppetry Of The Penis. We chat with Simon Morley to get the low down.

20 years ago I had crazy idea that would go from some bedroom sibling rivalry to a theatrical juggernaut that would travel to over 35 countries and be performed in 5 languages. This show is about how it all started, and Simon Morley’s journey across the world wearing no pants. Celebrity encounters, embarrassing moments, and taking on the might of the US government.

It’s where it all began for me. It’s the greatest marketplace on earth for foolish behaviour.

I would have to say the late great Malcolm Hardy.

We once had the fire alarm go off in the middle of our show at the Gilded Balloon. We were ejected along with our audience, not even given time to get our pants, so decided to continue the performance down in the square whilst standing upon a statue. Our crowd very quickly grew to over 1000 people, making it very difficult for the police to get anywhere near us.

Q: How do they get cranes on top of buildings?

A: Shouldn’t you be focused on writing your show!

“Cockstars” – A search for new talent to perform in Puppetry Of The Penis. 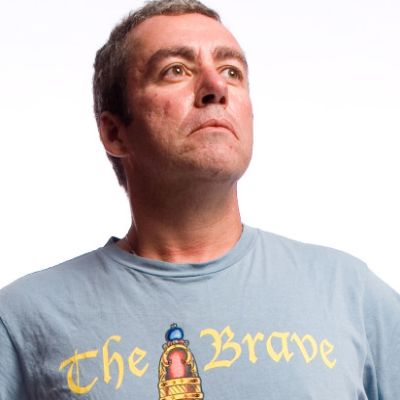