In July and August last year Lizzy Mace spent six weeks studying improvisation and sketch comedy at the legendary Second City Training Center in Chicago. She then teamed up with award-nominated director Logan Murray to devise her new character-based solo show. Which brings us to this August and her two shows at the Edinburgh Festival Fringe.

“My solo show Overlooked features a set of characters who all feel ignored, undervalued or overlooked in some way – from the fourth bear in the Goldilocks story to the girl left holding the coats at the end of the night, via Emily Bronte’s forgotten writing partner and a pair of psychopathic sock puppets.

“I also have a group show called The Cleek which will be half-sketch and half-improv in a fast-paced ever-changing format. I’m excited about that as I haven’t seen the people I’m performing with for nearly a year – we’re collaborating remotely online!”

“I’ve performed with PBH for three years and I love the ethos. As the free movement grows, it’s great to see venues experiment with different models, providing performers with even more variety of affordable options. I feel the Freestival team combine a passion for the free scene with some fresh practical ideas. I know most of the team personally and think they have the skills and experience to deliver something really great – I’m excited to be working with them.”

“I’ve been performing comedy forever, but first got into it professionally in 2010 when I wrote my first Edinburgh Fringe show. I’d decided to become a professional actress after a lifetime of acting as a hobby, but then after emerging wide-eyed from a one-year course at drama school, I found a dearth of decent roles. I quickly started writing my own stuff just to give myself opportunities to perform. Since I love to laugh and love to make other people laugh, comedy was the only thing I wanted to create.”

“My best experience performing comedy so far has to be seeing when a show or a character or a line I’ve written has really struck a chord with someone. The weirdest thing I’ve had happen recently is people who saw Overlooked at the Adelaide Fringe quoting my own stuff back at me, even months after they saw it.

“The worst experience was also in Adelaide, when the room I was performing in became too hot and I almost fainted on-stage. I felt really woozy, and the edges of my field of vision started to go black… I didn’t want to stop the show, so I remained in character and asked a member of the audience to get me a glass of water, while I sat down on a spare seat at the end of the front row and continued delivering my lines from there!”

“To tie in with my Edinburgh Fringe show theme, I’d invite a bunch of overlooked comedians – people whose work I admire but we haven’t seen much of yet on TV. I’d love to have Sam Simmons on, but he’s already had his own TV show, so he’s out… I love sketch group Casual Violence, but they’ve just been on the radio so TV can’t be far off for them… Paco Erhard always makes me laugh, but he’s been on The One Show, so… Maybe I’d be the only guest, because all I’ve been in so far is a Bingo advert.” 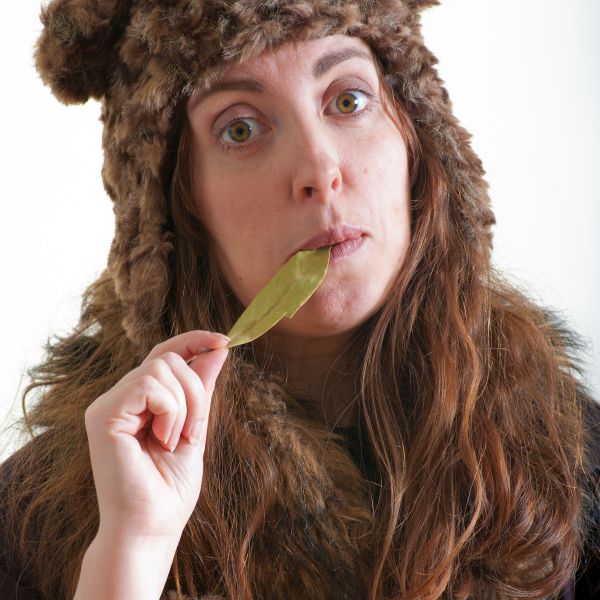