Originally from Seattle USA, Erich McElroy travelled East to become a British citizen. He’s well known for his humorous and insightful take on living in the UK and he comes to this year’s Edinburgh Festival Fringe with a new show, The British Referendum.

“I had two goals with the show, to show politics could be funny and to make an appeal to Scotland to consider those they might be leaving behind. I think I’ve nailed one of those goals, but both will be decided on the 18th September.”

So how do you feel about Scottish Independence?

“I care about it to a level that is probably unhealthy for someone who doesn’t get a vote.”

How many Fringe shows have you performed in Edinburgh? Are you a fan of the city?

“This is my fourth Fringe and I love Edinburgh. I’ve thought about moving up, but if I did it now it would look like a cynical attempt to get a vote at the last minute.”

Is there a difference between US and UK audiences?

“I’ve only performed in the US three times. I started doing comedy in the UK and am very much a British comic. From what I’ve seen the audiences here are better comedy fans – people follow and support comics the way most Americans follow sports stars.”

“I would love to have Jeff Innocent, because he isn’t on TV enough, Jon Stewart, because he’s my hero, and Kerry Godliman, she’s just very funny. “ 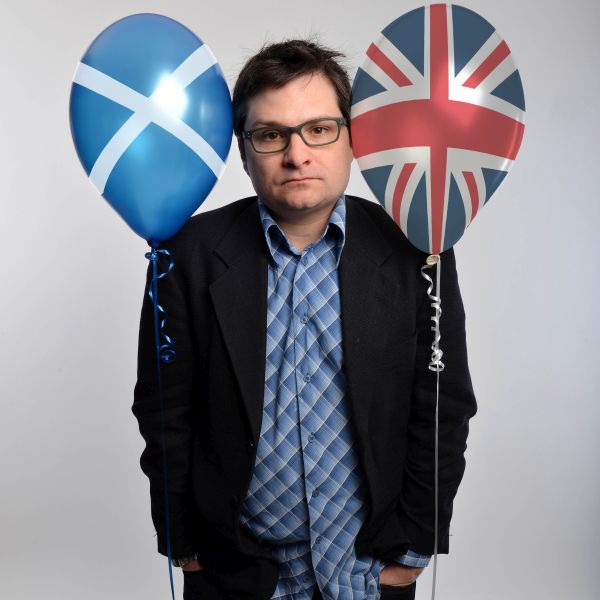