The Lovely Boys’ show is an equal mix of chaotic northern clowning and a celebration of love and friendship. We’ve been best mates for over ten years now and got through a lot of the boredom of rural England by mucking about and making each other laugh. Once we started working together, it really just made sense to bring the dynamic friendship into our performances as much as we could. We often describe our show as Broad City meets The League of Gentlemen.

Attending the Edinburgh Fringe in 2017 blew both of our minds wide open. We had no idea such a massive scene of weirdo comedians existed. It feels great to see our show listed alongside so many people we look up to from this time. Edinburgh is a lovely city with lots of surprises. We’re both big fans of the giant deer skeleton that lives inside the National Museum.

We’re very inspired by the work of our “Clown Dads” Christian Brighty and Luke Rollason. They’ve both been working and supporting us from the very start and it’s always incredibly inspiring to watch what they create. We’re also consistently in awe of everything that comes from Amy Gledhill and Chris Cantrill.

Absolutely anything related to The Delightful Sausage is a big must-see for both of us. “Freddie Hayes: Potatohead” is another a show we can’t wait for. We’re very excited for “Sam and Joe: Strikeout!” and Luke Rollason: Bowerbird”, but we’re both also performing in them so that probably doesn’t count.

Aside from the double act, have you two ever worked anywhere else together?

We’ve done a lot of seasonal entertainment stuff in the past. At Christmas Joe plays Santa and Mikey’s an elf. We once spent the summer working as pantomime actors on a tractor ride through a corn maze. We lived together in an old farmhouse with the smelliest cat either of us have ever met. Her name was Bluey and we still think about her now. 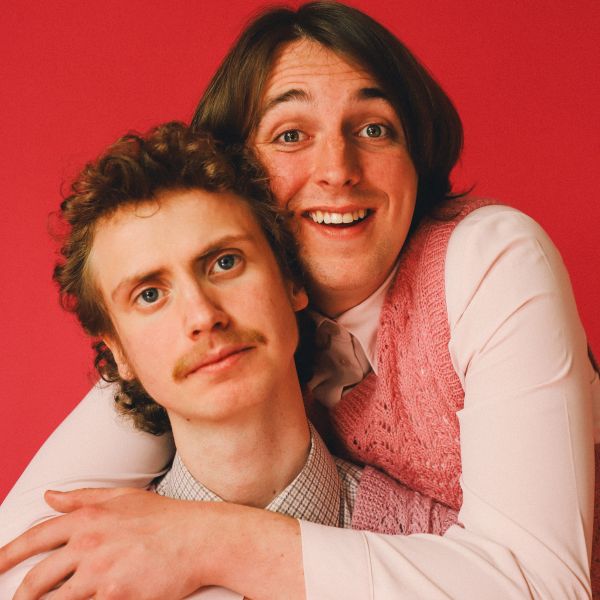