‘The Great Baldini’ is a magical superstar, a relict of the music halls and a theatrical performer of the old school.  In ‘Dirty Tricks’  he reveals himself to also be the shadowy leader of the sinister ILLUSIONATI: elite magicians who control the world through magical dark arts.

‘Dirty Tricks: How the ILLUSIONATI Rule the World’ is a magical lecture in which Baldini demonstrates how the ILLUSIONATI infiltrate political, criminal and intelligence organisations to rig elections, launder money and orchestrate assassinations. The show culminates in a ludicrous game of ‘Russian roulette’ when one audience member has a chance to join…the ILLUSIONATI.

The Great Baldini is a magical legend, performing at an international festival in a fairy-tale city.  It’s the greatest arts festival in the world in one of the world’s most beautiful metropolises! It is a fitting event and location for Baldini to present his magical oeuvre. There is also the camaraderie of performing alongside Baldini’s peers (indeed, if he can be said to have them…).   There is also the opportunity for the world’s press and the greatest theatrical promoters to see The Great Baldini in all his magnificence.

There are 34 magic shows at the Fringe this year (poor fools).   These are wonderful opportunities to…leaflet outside their shows, steal ideas and mentor these young pretenders.   I’ll be definitely seeing Ben Hart, James Phelen and Twinpossible.

Who is the Great Baldini?

Whilst touring the capitals of Europe in 1911, at the height of his powers, The Great Baldini, the Edwardian titan of Music Hall Magic, foolishly played a game of cards with a Mephistopheles.  He lost and was cursed to perform for all time…whilst never again achieving the fame or status he enjoyed before the Great War.  For over 100 years now he has been performing miracles in the foothills of magic, never again achieving the world-wide fame he enjoyed when he rivalled Houdini and entertained the Romanovs. 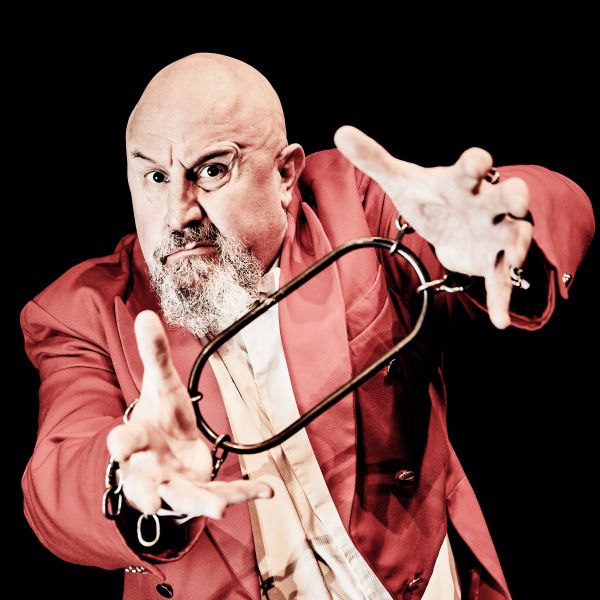