This is my hour trying to tackle the aftermath of my 2019 show when I got to help beat Donald Trump in court in order to protect refugees. Why did my audience listen to me (if they did?) Why would anyone listen to me? If not me who should you listen to? I wanted to make a funny show that tried to answer the question of who to listen to after the last 2-3 years basically made everyone realize we all have a really stupid friend or two who won’t listen to anyone but wants you to listen to them! That’s what Illegally Funny is about!

You discuss your ex-girlfriend and your father in the show. Is Illegally Funny a bit more personal than previous shows? Are you comfortable tackling personal matters on stage in front of strangers? Have some of those that you talk about on stage seen the show?

My shows have always been trying to talk about big ideas while being deeply personal! In 2018, I used my racial assault to talk about the societal causes of it and the evils of the tech billionaires causing a city to rapidly gentrify and place us in the kinds of situations where such assaults were possible. In 2019, I tried to talk about how I got to help beat Donald Trump in court while failing to enact any real change at a dream comedy job I had that ultimately laid me off. This year the show asks who to listen to, and like most people I normally listen to my partner, my family, and my community the most! As for if they’ve seen it, they have and lol both stubbornly (and endearingly) stand by their statements and beliefs!

How do you feel about British Home secretary Priti Patel’s determination to send UK asylum seekers to Rwanda?

We need to see it as part of the larger plan that it is. Priti Patel in the UK, Stephen Miller in the US during the Trump administration, and their counterparts all over the west are all trying to appear as cruel as possible in order to deter refugees from coming. They don’t actually care if their plans work (though they still want them to, these are not, for example, bluffs.) The cruelty is not a feature; instead, it’s the whole point. For the UK (And US and all other similar countries) to resist, they can’t just beat Patel in court. They also must make it actively detrimental at the polls to behave the way that she has. Having performed all over the UK, I think they’re up for the challenge!

Tell me about, Lit News.

Lit News is a show that will air on the Peacock streaming service soon and is an exciting opportunity that could change the landscape of television. Think of it as a Sportscenter for entertainment news. A show that embraces debate, engages in interviews, and provides it for an audience that is hungry for this kind of news. It’s nothing I’ve ever worked on before and I’m so excited to start once our hiatus ends!

Why do your shows tend to take on progressives and the “woke” movement so often?

I get this question a lot, but I think it’s really important. I am a progressive person and I want the movements I care about to be better Also as an artist, why would I only focus on generic conservatives? I’m a progressive person, my views on them are pretty clear, basic, and boring. They suck. I don’t have much else to say. I have no interest in wasting my audience’s time telling them points of view they agree with and are bored by. There is nothing edgy in doing the same jokes as everyone else. If it is boring when conservatives make fun of liberals (and it is,) it’s just as boring the opposite way too. 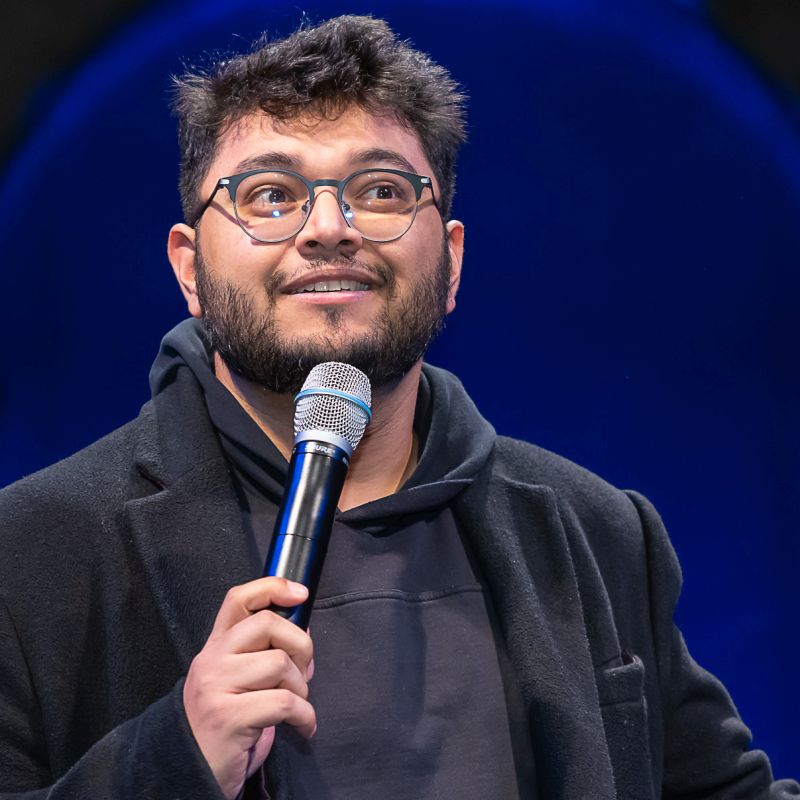