Josie Long is performing at The Stand at this year’s Edinburgh Festival Fringe, with a new show called, Cara Josephine. After conducting over four hundred and fifty interviews since March this year, Stand-Up Comedy Editor, Martin Walker finally chats to his own favourite comedian.

“My show is less political and more personal. I felt like I didn’t have anything new to say about politics. I still believe the all the same things that I felt before. So after doing three shows in a row about politics I thought it was time for a change.”

So the cabinet reshuffle hasn’t changed your mind about the Tories then?

“Well, no! I’m frankly delighted that Michael Gove and David Willets are no longer where they were. My God. Scumbags!”

So the show is more personal?

“Yeah. It’s about love a little bit. And about me trying to work out why I haven’t settled down I suppose. A bit about my relationship with my sister. And a bit about starting out in a relationship where I got my heart broken, last year. Trying to examine it and stop it keep on happening.”

Isn’t that a hard show to write?

“It’s hard to work out how far you want to go, what you want the official version of you to be. It is very tricky and it felt very vulnerable and strange, and hopefully it’s coming out alright. The process has been unusual for me, with politics I always knew where I stood and really wanted to get the message out. With this it’s a lot more, ‘what am I really trying to say?’, ‘what is fair?’, and ‘how do I really feel?’”

Will your family see the show?

“I don’t know. My mum is in Tenerife, so she might not get the chance. I hope my sister does get to see it because a lot of the show is about her and how much I love my sister and how brilliant she is.”

Will you see some other people’s shows in Edinburgh?

“I hope so, last time I was up in 2012 I didn’t really see many shows, but everyone I did was a real cracker, like Claudia O Doherty Sara Pascoe and Mark Thomas So this year I am hoping to see as many people as possible. I’m really excited to be back and get to be amongst it again, and get to see new talent.”

Do you still do the podcast with Robin Ince?

“Yes, it’s been tricky though. It was with Comedy Central and although it was really successful and it got loads of downloads, they have stopped producing it. We’re looking for another way to bring it out. We want to keep doing it forever – we want to do one with Dawn French, we’re trying to get her.”

Do you still do the Lost Treasures podcast as well?

“Yeah, we are just really slow at putting them out.”

How do you describe Lost Treasures for people who don’t know it?

“Well, it’s a comedy night I run. I try to be as deliberately obscure and shambolic as possible. I try to get people to do a little presentation about an unsung hero, or a hidden gem or an obscure fact… and not everybody does this, some people just do stand-up and that’s alright as well, but I’ve been doing it for four and a half years now so I don’t always stick to the set up… either.

“But I really like it because it’s a good night and it’s always got a lot of unusual things going on and a lot of experimentation and silliness. We podcast it at a rate of 18 months behind which I will pretend is an artistic decision rather than being shambolic on my part.”

Or being busy, because you have been. Your cartoons, Drawing Moustaches.Are you done doing that?

“Everything I do is still going, it’s just very slow in between gaps. My slowness is a political stunt and a reaction against people who are too efficient, and slick, and corporate, in praise of waste.”

That stuff you did in your show and on the Alternative Comedy Experienceabout Ed Miliband was really insightful. You were speaking for a lot of people who are to the left of Labour, desperately hoping he’s not as week as he seems.

“I put that show up on YouTube, and anyone can watch that for free at any time. It isn’t that farfetched, because the people that are in power now pretended not to be as far right wing as they are. So it might happen.”

What’s your involvement with the Alternative Comedy venue, The Invisible Dot?

“I just do some shows there, I don’t know how involved I would say I am. My show this year is produced by Show and Tell, but I think The Invisible Dot is a really great venue and I really like their ethos. I think they have really great taste so when they like me that makes me feel good. I’m really, really glad that there’s now a purpose built venue devoted to what feels like real alternative comedy. That and the Soho Theatre are my favourite places in London.”

Years ago I found myself at the Edinburgh Fringe in the C venues being a judge in a show where people had to perform, and there as a gong…

“You had to have a fight with a pig. I won that. I think I won a giant pig, but I wasn’t allowed to take it home.”

It was the first time I saw you. Shame about the pig though.

“Aw, that’s so nice that you can remember.”

Stewart Lee describes you an inspiration to many comics coming through now.

“That’s very kind. I don’t know what the future holds for me, whether more people want to come, I’m sort of hustling at the moment, trying to make a TV show and a feature film, and if one of those takes off it could really change me, but if nothing changes I am happy with that. That’s the thing about comedy, there is always something that could take you in a different direction, but I’ve always loved what I do and the idea that someone likes what I do makes me happy.”

“Yeah, I made a couple of short films, twenty or twenty five minutes long, back in 2012. The first one was called, Let’s Go Swimming and the second was called Romance and Adventure, I think they are eventually going to be released online. We did a tour of them last year, round picture house cinemas, so there was a chance for people to see them but that chance is over…”

If there was a series of the Josie Long Alternative Comedy Experience, who would be your guests?

“There’s loads of people, I would have James Acaster, who I think is realty great. I would have Nish Kumar who is already on the Alternative Comedy Experience. Claudia O Doherty, who is wonderful and Nathanial Metcalf who is a comedian at my club.

“I’d have Sara Pascoe – I can’t believe she isn’t on the Alternative Comedy Experience, or maybe she is and I can’t remember… I’d have Bridget Christie obviously, and Isy Suttie obviously and there’s a guy called Kieran Hodgson who’s a brilliant character comedian.” 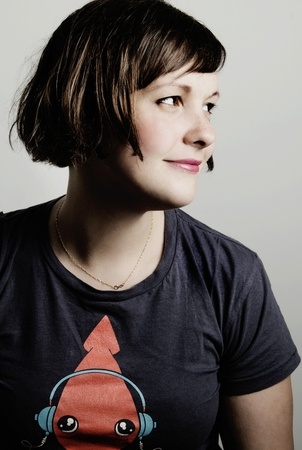