A bedroom can be many things: Sanctuary. Workspace. Fort. When Amused Moose Laughter Award nominee Jim Campbell moved house the mementos he found told his life story through a series of forgotten embarrassments. At the Edinburgh Festival Fringe he invites you into his room to relive his misadventures.

“It’s set in my old bedroom on the day I packed it up to move in with my girlfriend which took me ages because I kept finding things that made me feel nostalgic. I realised it basically told the story of who I am through a series of useless items. It’s about formative experiences and friendships. There’s also a bit about a dog in it. You need a bit with a dog.”

How did you meet your director, Paul Byrne, and how did he come to direct your show?

“I was introduced to Paul by my agent and we’ve been friends since then. Now if I’m weighing up whether a joke will work or not I also imagine it in his Irish accent to double check. Then he tells me to take it out and I come up with something better later.”

“I just read them reviews of Louis CK and say they’re of me. What they then get is jokes and observations on the world from a man who isn’t quite sure how any of it works or how he manages to function within it. It’s hard to describe your own style but I’m often called quirky in reviews, which makes it sound like I might veer towards the wacky. I cannot stress enough that I am not even remotely wacky. This particular show has a lot of warmth. I want my audience to go away feeling good.”

Tell us about the successful podcast that you co-host.

“It’s called The Football Ramble and is exactly what it sounds like. We’re not what people expect from a football show; it isn’t laddy and we recognise that football is inherently ridiculous, which is exactly what we love about it.”

If you were curating a stand up show for TV who would be your guests?

“Carey Marx, as he’s never less than brilliant and more people deserve to see him. The same also applies to Ian Stone and Stephen Grant. Bec Hill does great flip chart based comedy and is a true original. Her show is particularly brilliant this year and I think it’ll do really well. I love Thom Tuck, he’s like a fictional character that’s escaped from a Penguin Classic and is wandering around drinking everything. Marcel Lucont is just about to have his own show but I’d steal him for mine too. He once introduced me on stage as “not that shit”, which is a real compliment from him. Angela Barnes and Nish Kumar have also done some TV recently but I don’t care, they’re coming on my show too. Damian Clark is an Australian comic who it’s absolutely impossible not to like and Benny Boot is another Australian who has some of the best jokes you’ll find anywhere. Andrew Maxwell is great because you feel like you’re learning something while you’re laughing and he’s also one of the finest swearers there is. A well placed swear word is a wonderful thing.” 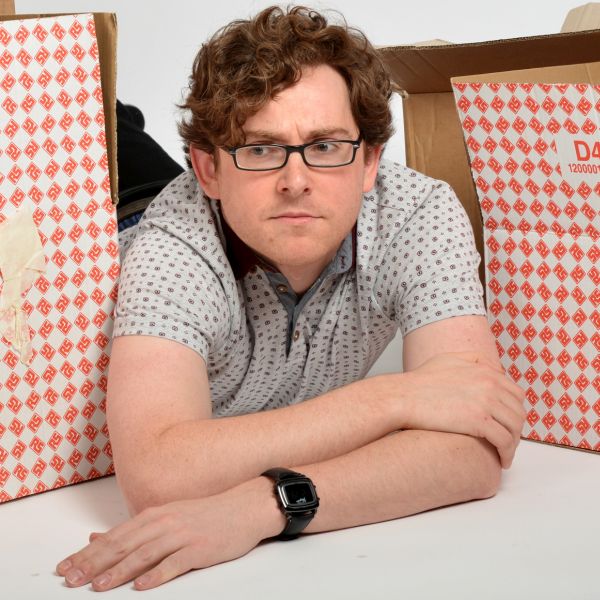