Like scientists of old, optimistically firing dogs into space, Cosmonauts are launching their alternative sketch comedy at the Edinburgh Festival Fringe. It’s all fun and games until the oxygen runs out. Martin Walker talks to Edmund Colley of the Lancaster Uni Comedy Institute.

“In short, Cosmonauts is a sketch show about an astronaut who has spent their whole life in orbit, with only the internet and a Netflix account as a frame of reference for the planet. He thinks that his observations on Earth make him an expert on humans but are in fact, consistently wide of the mark, weird and somewhat bleak, but in a really heart-warming way though. Also, it’s on at 1am which is good because that’s when space comes out.”

“I’ve seen a lot of shows from Laughing Horse over the years – free comedy being the sweetest comedy of all. When I was given the chance to take a show up to Edinburgh this year, I jumped at the chance because it’s at some of the best venues in the city and the atmosphere there is always great.”

“That is the question that is awkwardly asked at many a family get together and the closest thing I have to an occupational hazard. As a stand up, I love doing character comedy. When I was gigging a lot round the North-West a few years back, I ended up developing this really upbeat, chipper character that was in constant denial of how depressing their life really was – life imitating art, etc… Playing with two opposing ideas/emotions is always fun though; it gives you enough range to have creative freedom and means that the audience can’t always guess where you’re going next.”

“Mainly gambling advice, I’ve seen Back To The Future 2 enough to know it’ll all work out for the best. Also, the girl you’ve had a crush on for four years likes you, don’t wait another five to ask her out.”

“It would probably be a compilation of comedians who I’ve awkwardly spoken to after gigs as some kind karmic justice. It would be a roster that included Josie Long, Stewart Lee, Tony Law, Mark Steel, Arthur Smith and Rich Hall. All of whom I have a deep admiration and respect for.” 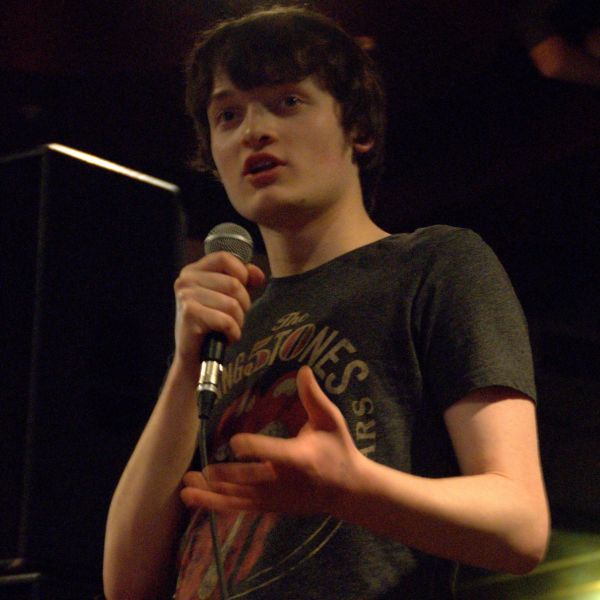