My Edinburgh show is ‘about’ nothing. I basically just go up and riff. Improvise. Vamp. God it feels so good to just finally admit it…

My first show was a real humdinger. Unbeknownst to me I chose the worst open mic in my home town of San Diego California. It was a music only open mic. A fact I was unaware of at the time.

I had just got back from dropping my then wife off at the airport where she was flying to Russia to see her family (save that for another interview…).

My brother came with me to the open mic. He saved my life that night. I had been listening to Steven Wright albums the entire way to the show so had written about ten jokes in my head that were complete rip offs of his style.

I told them to my brother. I believe his words were, ‘that is the worst dog shit I have ever heard’. At which point I began to tell him everything that drove me insane at the airport where I had just made a drop off.

He laughed and said, ‘go do that tonight’.

How awesome would that story be if it were told by a comic who became a huge success?

I like to go on stage totally fresh, with absolutely no predisposed idea as to what has happened so far in the night. I used to put my head phones on and walk around listening to music so I couldn’t hear any of the hosts jokes or the acts before me. Often I would walk outside so I could experience a totally environment before immediately walking on stage. That way I react to the room as honestly as possible.

People used to panic because they couldn’t find me in the room even though I was meant to go on in two-seconds.

Now, I just drink coffee and talk to the comics.

Sweet Jesus. I can’t remember the worst review I ever got. I do remember the most annoying which was when Steve Bennet walked out of my show like two minutes into it.

I was performing at the Tron which is a really small, intimate little room, so I could see him extremely clearly. He just stands up, then shuffles out, all the way to the door, then disappears. I stopped talking as soon as he got up. I stayed silent until he had left and then proceeded to explain to the audience who that was and the significance of his departure.

It was one of those moments of honesty on stage where I really let go. The crowd was with me. The rest of the set became a confessional catharsis of the soul. It was great. Best night of the run.

It was so insulting because it felt like he judged me on a superficial level. Also, instead of a bad review he gave me ‘no review’ which I came to assess as the reviewers ultimate sting. Like, ‘you don’t even deserve the extra mileage put on my computer tapping finger tips’.

Luckily, I later found out that reviewers are mostly thoughtless knobs who only occasionally get it right by sheer chance, the same way as the horoscope in the Metro.

My best review was when Rick Shapiro said to me, under an LA streetlight, ‘You’re a cowboy. They’ll never know what to do with you.”

I will totally read reviews of my show. I find it infinitely fascinating the to see how closely or not reality resembles my own inflated sense of self.

Oh, whoops. I already answered this one.

Let me instead point out how this questions answer can differ based on the type of comedian asked, and more importantly, the varying degree of positive feedback they may be receiving in their career at the time of question:

Here are the three types of performers, and their respective answers:

The law redefines itself to suit its own interests every single day. Mostly in relation to human oppression far more deserving of our attention than this dope.

It’s not a crime, but good God was it not funny.

I’m ashamed to admit I may have been more offended as a comedian than as a citizen.

Saying a subject is not suitable for comedy is just daring someone deft enough at the craft to concoct a joke about it.

I will say this, though.

Certain topics are kind of like the Physicist concept of ‘the theory of everything’. Many have tried, but no one has ever come up with a verifiable equation.

Man, that was a clever answer.

Usually, when one has ‘gone too far,’ it just means they stopped short of having gone far enough.

The best gig of my career was at a tiny little bar on El Cajon blvd that was then called the Zombie Lounge.

I was maybe only two years in. The room was packed. A mix of mostly comedians as well as regular punters.

I just remember improvising, feeling surrounded by friends, making inside jokes. Things were coming out fully formed that I would reuse again for years afterwards. One of the lines I will still slip in to this very day, was a product of that night. The love I got from the people in that room whom, given I was so new to the scene, were mostly strangers to me at that point, was matched only by the love that came out through my performance.

To that date, it was the most accepted I had ever felt in my life. 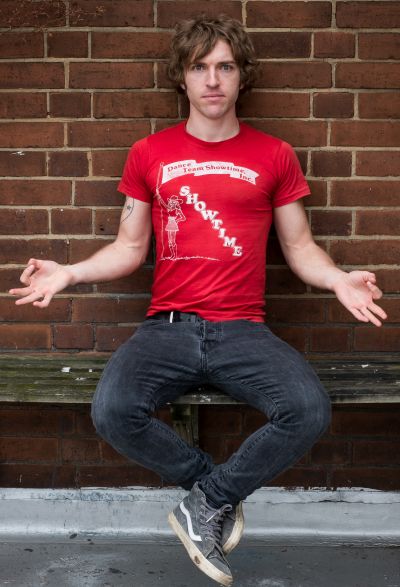