It’s about how we get feedback from the world about who we are and what’s working / not working. Mirrors, photos, eye contact, comments, sex, all the good stuff.

It was at an open mike gig in London, called Comedy Virgins. I was so nervous I forgot everything I was going to say after a minute and had to walk off.

Yes, stand alone, talk to myself for a bit, relax, look at the audience sneakily behind a curtain to get a sense of them. I assume the Ronaldo position just before he takes a free-kick too.

My best review was from The Herald who called me ‘Staggeringly Impressive’ My worst was from Fest Mag who said I was like an ‘Indie Jim Davidson’ ha ha. I love that.

No thanks. It’s a stupid thing to do, like stopping behind doors as you leave somewhere to hear what people say about you after you’ve gone. Needy and pathetic.

Fine, they have their uses and act as bystander who won’t blow smoke up your arse. It’s useful in some ways to be told how it looks by someone who has nothing invested in you either way.

No, it’s all there for the talking, you can’t put rules down on what can and cannot be said, it’s just whether the comedian has the skill to do it.

Yes, I was so nervous at a big gig years ago that I came down too hard on a woman in the front row whose phone rang, and told her she was too old to have a mum. I felt awful, that’s not my vibe at all.

Best? Mmm, tough one, probably BBC Best Newcomer Final in 2014 because I did a new joke live on the radio about Patrick Kielty and Jools Holland and it went so well. I was high for days after. 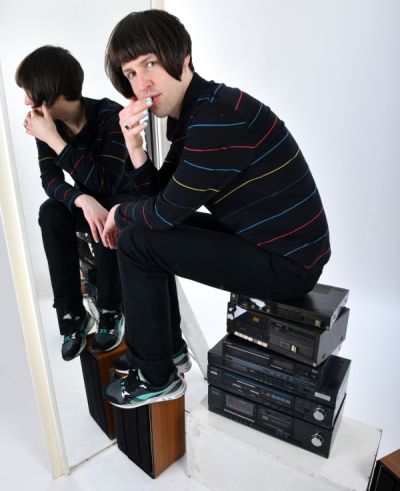