One of the best comedy storytellers in the US, Tom Shillue has put together a new show, Impossible especially for the Edinburgh Festival Fringe. Surprised that Tom had never played in the UK, Daniel Kitson recommended him…

“It’s called Impossible because you won’t believe the stories I tell in this show! They will blow minds and rock worlds! Not really. The title is actually kid of poking fun of what my shows are not – there is never anything mind blowing or world-rocking in the content my stories. My last solo show in NYC was called Supernormal so you can see there is a theme here – what I try to do is take stories from my life and make them interesting in the telling – but not by lying! Everything is true, the fun is finding the connections and meaning in the mundane.”

You hail from the US. Have you ever performed in the UK before? Looking forward to it?

“First timer at the Fringe! I have been to London once as opening act for Jim Gaffigan and loved the audiences, so I am excited to be here for the whole festival all by myself. I’m a little nervous because I feel like I have to prove myself over here – I’m hoping it all translates.”

You’ve done loads of TV work in the US. Is your preference to work in TV or perform live?

“Live. TV is like a commercial for me- so maybe people will see me on TV and think “who’s this guy? Maybe we should go see him.” I like to work long-form, I like to get on stage and let a story stretch out. When I’m doing TV or playing a comedy club, I kind of boil it down to its essential stand-up elements- just get out there and get some laughs. But if I’m in a theatre by myself, and the assumption is the crowd has come there to see me, that’s the best.”

“Start doing stuff! I was always making plans back then but I never did them because I thought I had to wait. I thought, “I can’t start doing stand-up… What if I stink?” And I would have stunk, yes, but when I finally did start at age 25, I stunk then, too. You always stink when you start. So just start!”

“Ok, let’s start with the British guys, I’d ask Daniel Kitson, and he’d say no, but I’d give it a shot and at least I could say I asked. Stewart Lee – I can’t wait to see him live. I love watching clips of him, he’s the kind of guy that I can settle into and think ‘I can watch this guy all night.’
“Todd Barry is one of the best ever. He’s what comedians go to their grave wanting to be- totally original, a unique voice. I would have Gaffigan on my show and have him do only jokes that he’s cut from his act in the past six months – he writes so much material you could put together good TV sets just from stuff he has thrown away. Eddie Izard and Brian Regan… Oh my gosh, I just created the best stand-up show ever.” 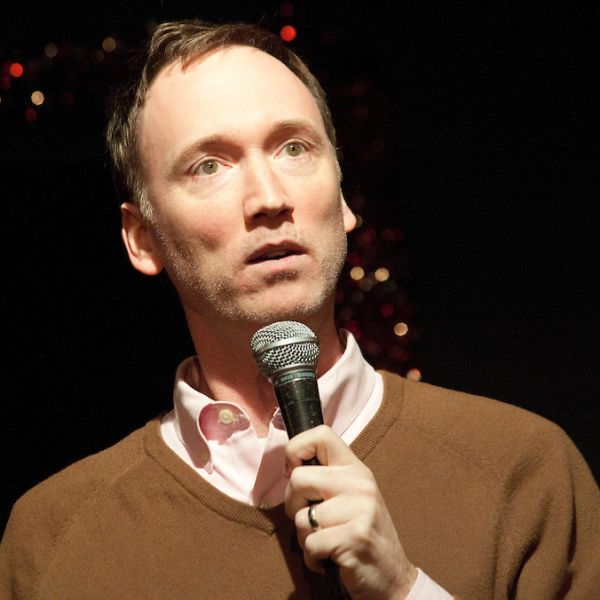