Olives and Blowjobs chronicles the tragic and comedic memories inspired from my childhood, detailing the story of a 15-year-old boy who after the sudden death of his mother, is forced to change schools and move in with his, until that point, absent father who he knows little about. In a hopeless attempt to stay sane, he decides that the only way to move forward is to try to pursue the chances of him finally getting a girlfriend. Like most things in his life, it does not go to plan. This semi-autobiographical story, both touching and funny, is the tale of a 15-year-old boy who just wishes he could be a man.

Aged 20, I am the sole writer, director and performer of this show, which I debuted at the Hope Theatre for the Camden Fringe Festival last year.

Following instant success and five-star reviews, it was requested by the Hope Theatre to return for a second, longer run which led Southwark News to release an article entitled ‘OLLIE MADDIGAN IS BERMONDSEY’S NEW RISING STAR OF THEATRE’. The success of its second run has inspired me to continue with the show, after initially hoping for it to be a limited run piece. This is what has motivated me to continue the show’s future at the Edinburgh Fringe Festival.

Edinburgh Fringe is a perfect opportunity for people from all over the world to come together, express themselves and showcase talent, as well as simply expressing their different ways of thinking. Particularly after the past two difficult years in lockdown, I feel extremely fortunate and privileged to be able to perform at Edinburgh Fringe. I hope to be able to give people an opportunity to escape from reality for an hour, and conjure up all kinds of different emotions within people. Edinburgh is an amazing city full of culture, beautiful architecture and wonderful, friendly people – I’m over the moon to be staying this August!

I am a huge fan of stand up comedy, so I’d love to check out ‘101 Comedy Club’ as it sounds like it will be hilarious! I am also keen on checking out ‘One Ball Show’, as I enjoy the juxtaposition of finding the humour in a serious topic. I’d also love to take this opportunity to go and see things that are a bit different from what I’d normally watch, such as ‘71 bodies and 1 dance,’ in order to broaden my horizons.

What scares you the most before every performance?

The vulnerability of giving a room full of strangers a direct insight into the true me terrifies me, as my show is very personal. However, this is also the most rewarding part about performing as I have witnessed my story having a positive impact on others. 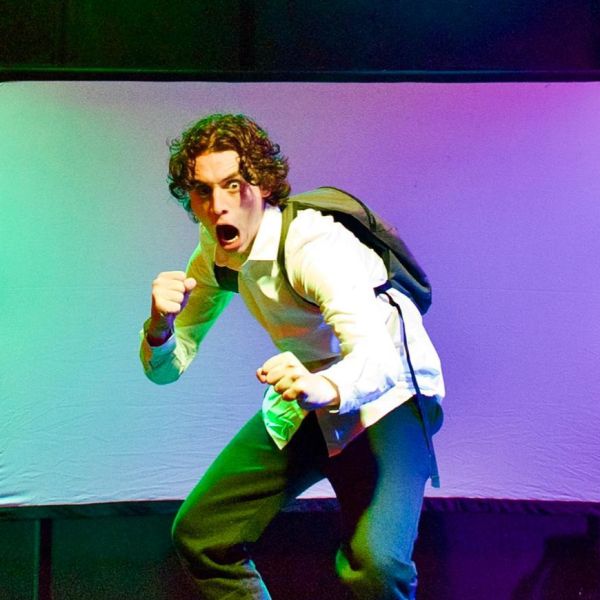