Tony Roberts – Card Magic, debuted at the Adelaide Fringe in 2013 to critical acclaim and enthusiastic audiences. Later that year the show made its UK debut at the Edinburgh International Magic Festival. In 2014, Tony brings the show to the Edinburgh Festival Fringe.

“I take a deck of cards, two volunteers from the audience, and tell stories. An hour later we’ve laughed, the audience knows me better and I’ve shown off what hours and hours of practice can do.”

Can you remember your first magic trick?

“Yes, I open my show with it. It was the first card trick shown to me by the guy that opened up the secrets of magic to me. We were sitting at a card table in Auckland NZ and he explained what he did for a living and showed me a piece of card magic that blew my mind.

“It is still my one of my favourite illusions and I have done it drunk and sober in pubs and parties corporate functions and festivals all over the world.

Which magicians influenced you growing up?

“I was more influenced by comedians like Dave Allen and Billy Connolly and I loved Richard Pryor and Bill Hicks. I just wanted to entertain, magic came to me late in life and I was influenced by one magician Nick Nicholas, a street magician who taught me how to street perform, taught me to find my own audience and taught me not to do tricks but to entertain with magic.”

How did you run at the Edinburgh International Magic Festival last year go?

“Really well, the audiences were a lot of fun, it’s always nerve raking taking your work to a new place, I was delighted by the response, and had a ball, now I can’t wait to come back to Edinburgh for the full fringe experience!” 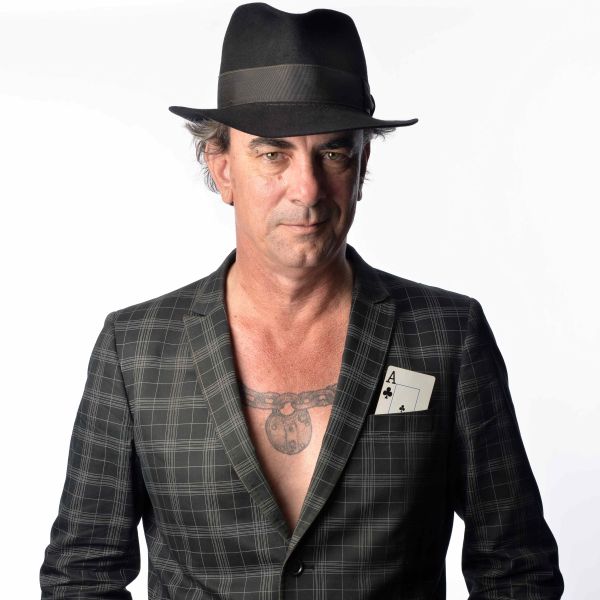