Thrones! The Musical Parody is…. well, a musical parody of Game of Thrones. We fired a Q&A over to the lovely Al Samuels.

Hi Al, tell me more about Thrones! The Musical

Thrones! follows a group of friends who discover that one of their group has never, horror of horrors, never seen Game of Thrones before. The friends take it upon themselves to recreate all six plus seasons of the show, playing 56 characters. We are also updating the show each week to reflect what happens in that Monday’s episode. The show features a cast of 8 with a completely original score. We’ve completely sold out the past two Fringes, so book early!

Before this year, it always meant loving the Fringe in the most beautiful city in the world. But in Trump’s America, Edinburgh is now our sanctuary city…we are Fringe refugees.

Describe your best or worst reviews

Baby Wants Candy (the other show we have at Fringe) got a really nice review in the Scotsman awhile back. This was my favourite line from the review: “Tonight I saw a musical that combined the comedic and the brilliantly innovative with badgers and the removal of a fat bloke’s trousers. Call me cheap, but it did it for me.”

I would apply for a job at the greatest restaurant in the world; Piemaker on South Bridge.

Perfume, Story of a Murderer. Funny, graphic, horrifying. Like Game of Thrones.

Should you bring a child to Thrones! or Baby Wants Candy?

10. Imagine that the BBC have asked you to produce a primetime show. What would it be and who else would be involved?

Mary Berry in a British reboot of Breaking Bad. But instead of cooking meth, Mary bakes cakes that are JUST AS ADDICTIVE. 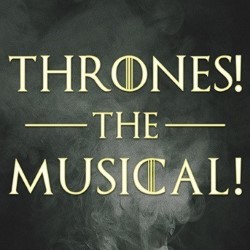