Peter Antoniou is The ‘Psychic’ Comedian, or Comedium if you prefer. The infant terrible of stand-up comedy and side show entertainment, Peter brings his unique skills to the Edinburgh Festival Fringe. Martin Walker finds out more.

“My show, Happy Medium, is a fusion of stand-up comedy and mind reading. It revolves around one quite simple idea; if you met a psychic and could ask them one question what would it be? I get everyone in the audience to think of their question, and then we choose people at random and I try and figure out what their question is and supply a funny or insightful answer.

“In many respects it is the antithesis to the Psychic Sally style shows. I’ve always felt that if you really can read minds then wouldn’t it be much nicer to make people laugh instead of cry? That is exactly where this show sits, hence Happy Medium. It is sort of the mid-point between improvised comedy, stand-up and mind reading. No two shows are the same so it is always interesting and keeps me on my toes! So if you have ever wondered what it’d be like to have your mind read then this is the show for you. “

Do you claim to really talk to the dead?

“No, absolutely not. I mean I can talk to the dead, but they don’t talk back which I think is rude because it’s not like they are up to much. The show is about talking to the living, and making a connection with the people that are there. My skills are purely getting a thought out of someone’s mind, and that is much more interesting to me.

“We spend so much time surrounded by people but with no idea of their lives, their hopes, dreams, and quandaries. I think it appeals to the curtain twitcher in all of us to wonder what we would do with that power, and then to see it in action in the show, and get a sneaky peek into the person you are sat next to’s life!”

When did you first hit upon this skill?

“I was probably around ten when I started toying with these things – I was a weird kid. I’ve always been a comic book nerd and liked the idea of being able to read minds like Professor X from the X-men, so just set about trying to figure out how you would do it. I’ve since spent time and had correspondence with stage psychics, hypnotists, magicians, shamen and psychologists, which has all led to the performance skills you see today.”

Tell us your best and worst experiences as a ‘psychic’ comedian.

“I think one of the simultaneous worst and best things of being a ‘psychic’ comedian was having to cancel a show after there was a small fire in the venue I was meant to be playing at and the local paper of the town genuinely ran the headline ‘Psychic show cancelled due to unforeseen circumstances.’ Somehow I am the only one who does what I do, and I am also a cliché. I was quite pleased though that I had finally given someone an excuse to run that as a headline.”

“I’d love to see a variety show return to television where the format isn’t about voting people off or one act being crowned the winner. Just a good format that showcases the incredible range of talent in the UK at the moment. Joining me on my edition of a show like that would have to be:

“Jaz Deloran – An amazing jazz pianist and song writer. If the spirit of New Orleans Jazz was channelled into a person it would be Jaz Deloran.

“Gossamer Thread’s Vaudeville Co – A Vaudeville Duo who do the most touching vignettes which are combination of mime, circus, side show skills and story telling.

“Mat Ricardo – A juggler extraordinare, and some of the sharpest suits seen on stage.

“Delores Deluxe – Scottish Songstress and Sorceress. A wonderful performer who combines magic and song, and never fails to slay an audience.” 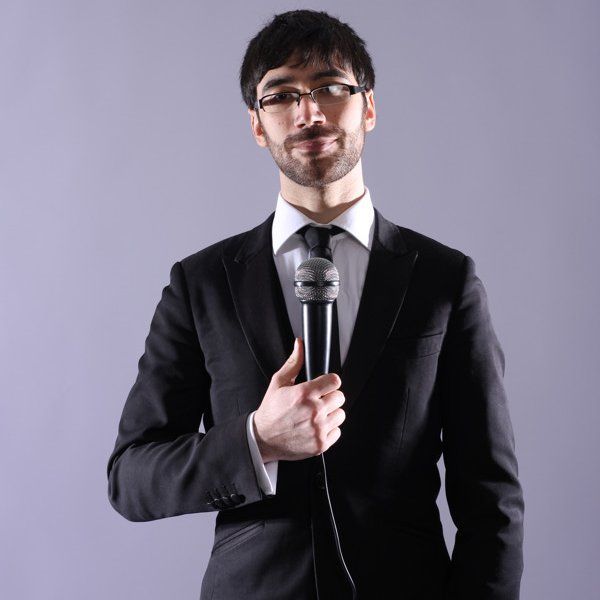