Please tell me about your 2022 Edinburgh Festival Fringe shows.

The Awkward Silence’s Big Break is a comedy musical about a father and son who end up in prison together after the father accidentally implicates the son in his crime. While the father – Mike – wants to mount an escape, the son – Louis – wants nothing to do with him. Can they repair their relationship? Will they make it out together? Can we sing while dancing?

And, as well as that show, we’re also performing Enter the Vortex, a warped take on the sketch show, featuring characters like Neil Pribbins and The Wanker Brothers. That’s right: two shows a day! Ha ha!

Together we tend to get excited by sketch groups like The Penny Dreadfuls and The Pin, and comics like Colin Hoult. Separately, I (Ralph) have always been in love – YES IN LOVE – with people like Peter Cook, Rowan Atkinson, and Rik Mayall. Vyvyan mentions The Pajama Men, HP Lovecraft and I’m Sorry I’ll Read That Again – an eclectic collection.  Away from comedy it’s got to be Boris Johnson – an inspiring leader who got all the big decisions right.

Very excited to see Sheeps back with a new show. Can’t wait to see Colin Hoult’s new one. And Showstopper! The Improvised Musical is a truly miraculous achievement.

What’s that coming over the hill, is it a monster?

It’s not, no – that’s my uncle Glen, and you mustn’t talk about him like that. Ah, he heard you. Now you’ve made him cry. This is not how I wanted to end my day. 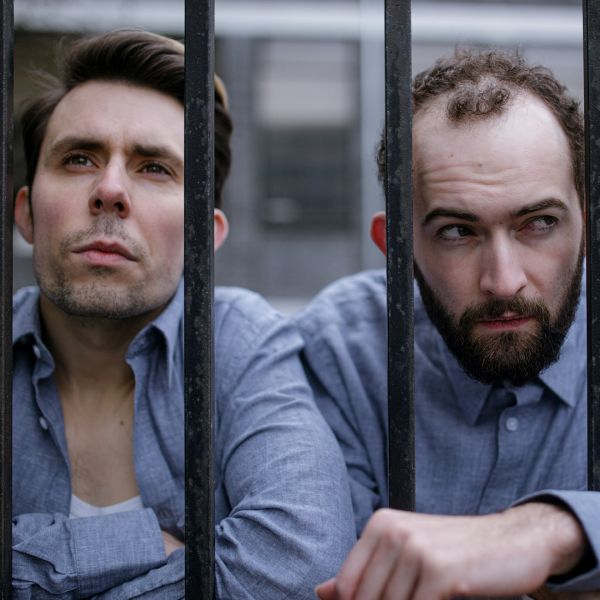